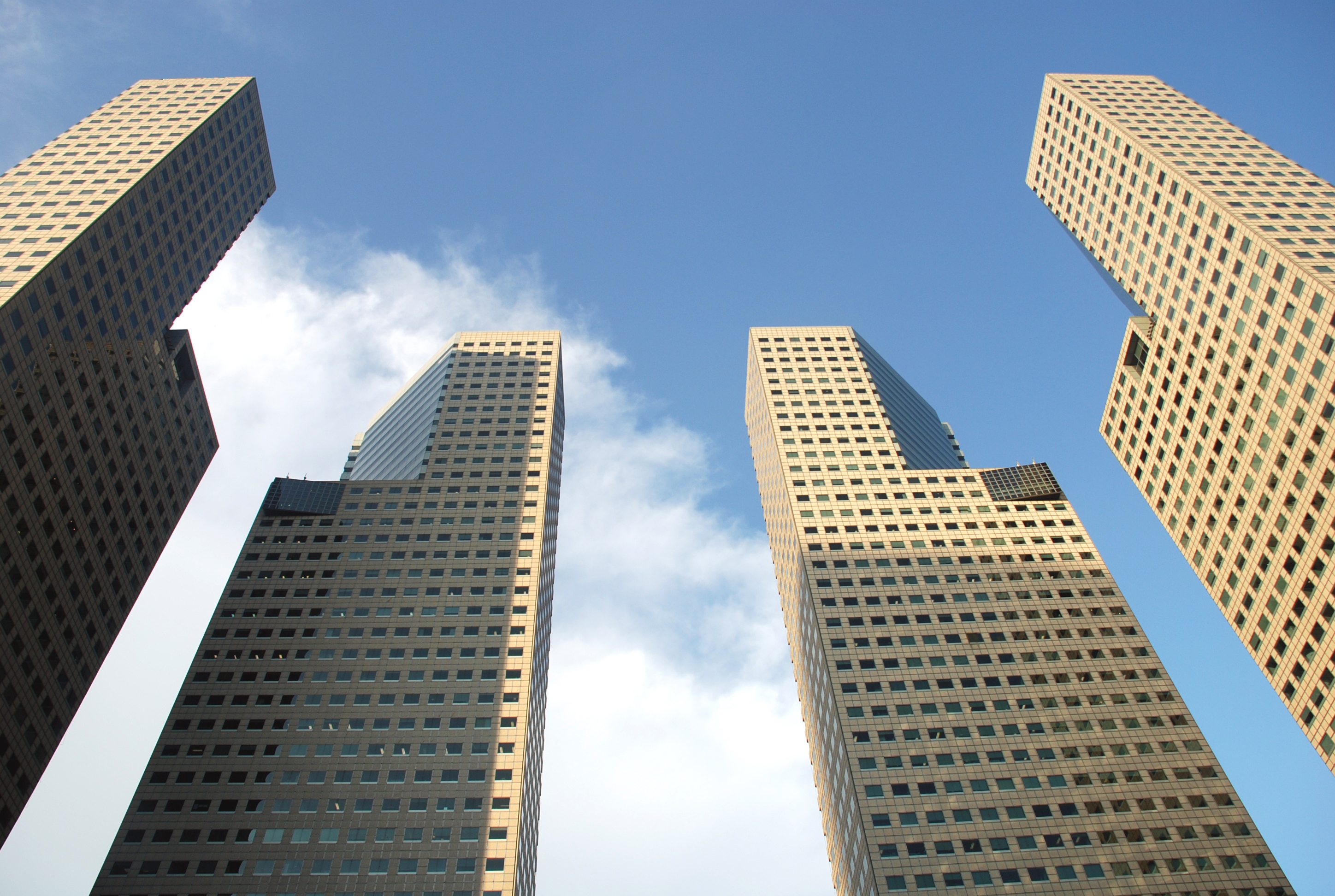 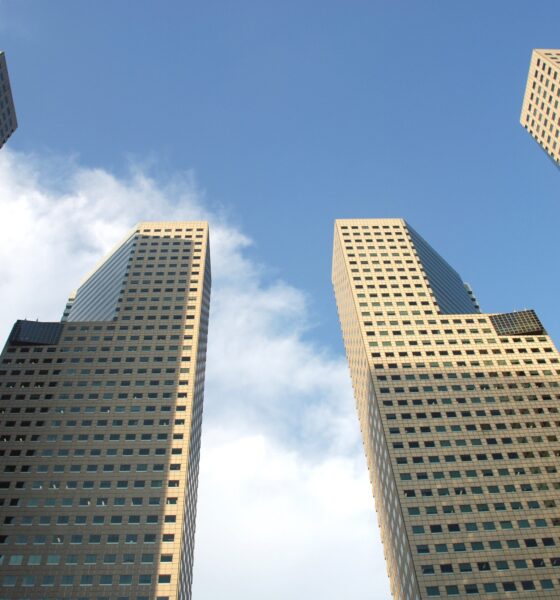 Green cities are good, but blue cities are even better, argues Ken Hickson.

We can turn blue with cold or become “true blue”. We can sing the blues or join in with the words of the old Willie Nelson song: “Nothing but blue skies from now on”. So how about considering the colour blue as a means to go beyond green to transform our cities to be more liveable, sustainable, smart and resilient?

The man who is most closely identified with turning to the colour blue is Gunter Pauli, the Belgium economist. His book, The Blue Economy, had the twin aims of stimulating entrepreneurship while setting up new and higher standards of sustainability. It’s a progressive metamorphosis from the green economy.

We have little choice when it comes to taking necessary action to transform where we live and what we do. From the realities we see around us, the global systems crisis is not one but many crises. The climate crisis is there for all to see, but we also have connected crises relating to food, water, energy, waste, housing and the economy.

We are also reminded of the projected timings of ‘climate departure’, which refer to the findings of a University of Hawaii study reported last October in Nature, and shows that countries and cities in the Asia Pacific will face the impact of dangerous climate change from 2020 onwards.

There are many measurements and assessments around the world for smart and sustainable cities. One of the most respected is the Siemens Green Cities Index, which employs 29 indicators across eight categories – energy and CO2, land use and buildings, transport, waste, water, sanitation, air quality, and environmental governance – to determine where each city falls in five “performance bands”.

Singapore was the top performer in the Asian Green City Index and shows consistently strong results across all individual categories. It has emphasised the importance of sustainability through holistic planning, high-density development and green space conservation. It has also produced leading water recycling plants and waste-to-energy facilities.

The blue economy, as with the blue city, does not mean managing with less. In fact, it ultimately leads to abundance and prosperity. It follows patterns in nature that first respond to need and then flourish. Pauli says we need to celebrate collaboration, innovation and the collective strength of organisations to create transformational change.

Besides highlighting the “liveability” status, we see cities that we know well and they are taking steps to transform themselves, changing from their old ways in their use of energy, transport and buildings towards cleaner air, cleaner streets and much lower emissions of greenhouse gases.

Sydney, Australia: Already regarded as a world city for its lifestyle, entertainment, the arts, environment and its role as the nation’s business capital, Sydney aims to do a lot more in the sustainability stakes. It aims to reduce carbon emissions by 70% by 2030 – one of the most ambitious targets in Australia.

Melbourne has been crowned the globe’s most liveable city for the third time in a row, nudging out Austrian capital Vienna in the Economist Intelligence Unit Survey (2013). In the review of 140 cities, the Australian state of Victoria’s capital was given perfect scores for healthcare, education and infrastructure. It is setting high benchmarks for greening its property sector, too.

Paris: Transforming France’s capital into an electric city began with Autolib’, an electric car sharing service inaugurated in December 2011. It deploys 3,000 all-electric for public use on a paid subscription basis, based around a citywide network of parking and charging stations. By February 2013, there were 4,000 charging points in Paris.

Helsinki: One of the 10 smartest cities in Europe, it really shines in the smart government arena. With more than 1,000 open datasets, it has been actively promoting engagement with developers through hackathons. It also played host to the first global Open Knowledge Festival in 2012.

Taipei: The Siemens Asian Green City Index depicts a highly sustainable Taipei, in the top seven cities out of 22. Taipei collects 100% of its waste while managing to produce the second lowest amount of total waste in its high income city bracket. Taipei 101, billed as the tallest green building in the world, is arguably the best example of waste and recycling performance of any building anywhere.

London sets itself up as a good example of respect for culture and tradition, as well as sustainable economic development. Among the world’s top 10 most resilient cities (ranked by Triple Pundit in 2011), it was also an early mover in adaptation by erecting the second largest movable flood barrier in the world. The Thames Barrier, operational since 1982, “protects 125 sq km of central London from flooding caused by tidal surges”.

We need to observe and emulate the way nature’s ecosystems function, so as to create jobs, increase capital and revenue while respecting the environment, says Pauli, who points to three overarching organisational objectives which are needed to transform our economies and our cities:

Singapore is at the forefront of city transformation, as the unifying theme for World Cities Summit in Singapore in June 2014 is “Liveable and Sustainable – Common Challenges, Shared Solutions”, when city leaders and companies will look at the state of challenges and identify principles of shared solutions, spanning the range of development, socio-economic and political contexts.

Singapore is also the focus for the Blue Cities Index and Blue Cities Forum, devised by Sydney-sider Rodin Genoff, who works on transforming industries and communities. It is a new process to measure and promote a number of indicators, taking the features of a green city and improving them with systems, infrastructure, technologies and governance for a smarter and efficient way of working.

There exist five keys to open the door to transformation for our cities:

But most of all we have to adopt – at home and abroad – a sense of urgency.

If transformation means turning blue, that’s the way to go. Not wallowing in doom and gloom – “feeling the blues” – but acting now so we have a chance to once again experience the blue skies ahead.

Ken Hickson is chairman of Sustain Ability Showcase Asia (SASA), regional director in Asia for Be Sustainable and Singapore chairman for the International Green Purchasing Network. He is the author of five books, including Race for Sustainability and The ABC of Carbon.  This article is based on his presentation at the Asian Productivity Organisation International Conference with the theme, “Achieving Sustainability to Empower Future Generations” in Taipei, Taiwan on Friday March 14 2014. Contact him at: kenhickson@sustain-ability-showcase.com.