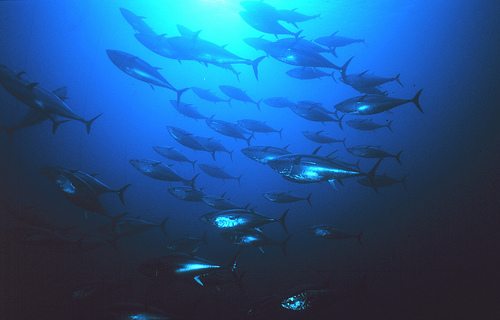 Greenpeace has condemned some tuna brands sold in Tesco supermarkets, arguing they are sourced in ways that can harm other wildlife.

The campaign group has pointed out that cheap brands sold in Tesco stores, such as Oriental and Pacific (O&P), source their fish by using purse seine nets, which can harm other marine creatures like sharks, turtles and rays.

This is despite Tesco’s commitment in 2012 to sell sustainably fished tuna. A spokesperson for the retailer commented that there was great choice of sustainable tuna on its shelves.

LDH, which owns O&P, said, “Our O&P brand skipjack tuna is caught using the purse seine fishing method, which accounts for 63% of all tuna caught around the globe. Credible scientific research by the Regional Fisheries Management Organisations shows that stocks of skipjack tuna are healthy.”

Ariana Densham, a Greenpeace UK oceans campaigner, said, “Morrisons joins Sainsbury’s as a market leader on tuna sustainability. They have eliminated unsustainable tuna from their products, which is great news for sharks, turtles and rays.

“If Tesco wants to catch up with the front runners and win back consumer confidence, they must take this dirty tuna off their shelves today.”

The Greenpeace initiative was praised by celebrity chef Hugh Fearnley-Whittingstall, who called on Tesco to remove “dirty brands” from its shelves.

Tesco has been criticised over brands trading skipjack and yellowfin tunas. Although skipjack tunas are considered not at risk, yellowfin have been included in Greenpeace’s red list of fish at risk of being unsustainable.

Wietse van der Werf, co-founder of conservation group the Black Fish, told Blue&Green Tomorrow, “Tuna is now one of the most threatened animals on this planet. Fish are often forgotten in the debate on endangered wildlife but tuna are under increased threat from relentless overfishing.

“Will tuna disappear forever? Unless Tesco and other multinational companies look at the way their practices impact on the ocean, this moment might come sooner than most of us expect.”

The Atlantic Bluefin Tuna is currently one of the most endangered species in the world, being often illegally caught in the Mediterranean. Last year, more than £1m was paid for a single bluefin tuna at a Tokyo fish market.