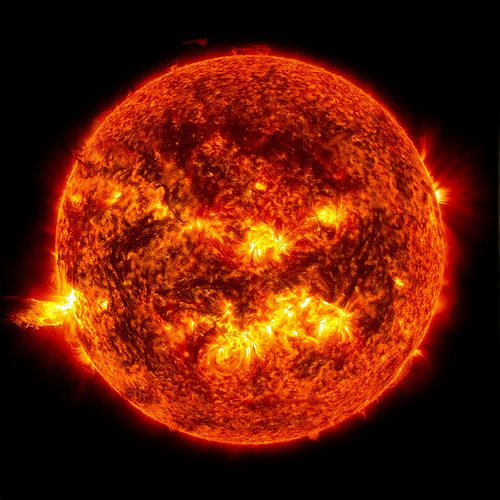 The sun has minimal influence on climate change, says study

Volcanic eruptions and greenhouse gases have driven climate variations in past millenniums, while the sun has had a minimal role and will not be crucial in the future either, new research has said.

According to a study led by Andrew Schurer from the University of Edinburgh, greenhouse gases and volcanoes have been the core elements that determine change in the Earth’s climate since 1000AD.

The findings refute claims that solar activities are one of the main causes of climate change, meaning that manmade greenhouse gases somehow play a less important role.

Schurer said, “People have been suggesting that we’re about to go into a solar minimum, where the sun weakens and cools the climate. But our analysis shows that, over the past 1,000 years, variations in the sun’s output have actually had very little influence over Northern Hemisphere temperatures, and we would expect that to continue into the near future”.

This does not mean that the sun never played a role in climate variations. In fact, the Earth’s orbits around it have contributed to climate shifts, as well as to weather patterns variations.

However, the study says the increase of greenhouse gas in the atmosphere over the past century has been the main cause of change. If volcanoes contribute to cooling the planet, greenhouse gases make it warmer.

“Our data shows the clear influence of volcanic eruptions. When volcanoes erupt, they eject aerosols into the atmosphere, which block out the sun, giving a cooling influence”, Schurer said.

He added, “Volcanoes aren’t going to cancel out the influence of the greenhouse gases. They might work against the warming effect for a few years, but they’re not going to reverse the overall trend.”