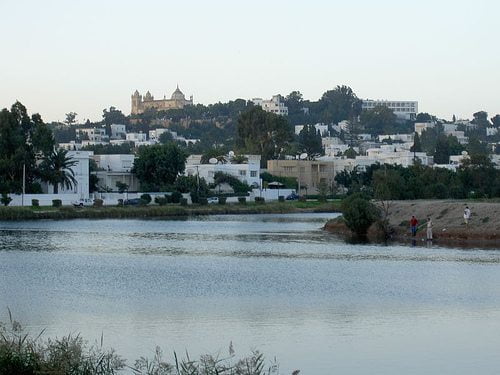 Tunisia’s new constitution came into effect on Monday, with the country becoming only the third in the world to embed climate change within it. The progressive move aims to ensure that the North African state takes firm action.

The constitution obliges Tunisia to guarantee “a sound climate and the right to a sound and balanced environment”, and “provide the necessary means to eliminate environmental pollution”.

The country’s renewable energy industry is expected to receive a boost from the new commitment. According to the International Renewable Energy Agency (IRENA), the country has a target of producing 25% of its energy needs from renewable sources by 2030.

The region is particularly vulnerable to droughts, and climate change could worsen this. A study published last year found that changing rainfall and evaporation patterns could put 40% more people across the world at risk of water scarcity.

In a statement to Climate Parliament, Hasna Marsit, a Tunisian MP who helped draft the constitution, said the document “recognises that Tunisia is particularly vulnerable to the effects of climate change”.

She added, “The predicated northward expansion of the Sahara desert over the course of the 21st century could pose an existential threat to the Tunisian people, who live mostly in a narrow strip of fertile land to the north of the desert.”

Before this week, only Ecuador and the Dominican Republic had included climate change in their constitutions. Tunisia’s also addresses human and women’s rights and sets out provisions on healthcare.

Tunisia sparked the Arab Spring in 2010, which saw rulers forced from power in four countries by 2013 and major protests and riots in the Arab world. The country is still dealing with economic and social challenges as a result.

Dr Dhamir Mannai MP, who introduced the climate clause, commented, “The passage of our new constitution is cause for celebration for many reasons. Having successfully challenged an autocratic regime, Tunisia is now ready to face up to a different kind of challenge: that of climate change.”