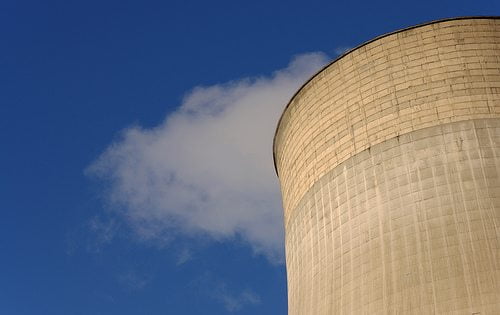 An alliance of over 100 organisations, including major businesses, investors, charities and trade associations, has urged the UK government to listen to the recommendations of the Committee on Climate Change (CCC) and stick to its greenhouse gas emission reduction targets.

On Wednesday, the CCC released the second half of its report investigating whether there is any basis for changing the fourth carbon budget. This budget covers the period from 2023 to 2027, and currently rules that the UK economy should have reduced its greenhouse gas emissions by 50% on levels from 1990, or 1,950m tonnes of carbon dioxide equivalent (MtCO2e), by 2025.

The government is set to review the fourth carbon budget in 2014. However, the first section of the CCC’s review, published in November, ruled that there was “no legal or economic basis” for altering the decarbonisation targets.

Wednesday’s publication sought to answer whether the UK would affect its competitiveness in business by sticking to the budget.

It concludes that the budget “remains feasible and economically sensible,” and that loosening it cannot be justified. It claims that a strategy of reducing emissions through the 2020s could actually save over £100 billion, while the risks of industry leaving the UK in response to rising electricity prices can be mitigated under pre-existing government policies.

In a statement, the alliance of organisations, including such varied names as Unilever, Aviva, Sky, SSE, UKSIF and Greenpeace, announces its support for the CCC’s conclusions.

“The majority of the business world is clear that ambitious and stable action to tackle climate change makes business sense”, said Lord Turner of Ecchinswell, senior fellow at the Institute of New Economic Thinking, and former chairman of the CCC.

“A stable policy environment is critical to attracting investment in the low-carbon sector, reducing the costs of new technologies like offshore wind and creating significant growth opportunities for the UK economy in areas where we currently lead the clean energy race.”

The IPCC’s recent review of climate science warned that the world could emit no more than 270 gigatonnes of carbon (GtC) before the end of the century, in order to limit global surface temperature rises to 1.6C. The IPCC has labeled 2C of global warming as the threshold above which climate change could cause dangerous consequences.

PricewaterhouseCoopers’ Low Carbon Economy Index predicted in November that on its current trajectory, the world will use this budget by 2034.

Steve Waygood, chief investment officer at Aviva, added, “As insurers and investors, we are quite accustomed to dealing with financial arguments that point towards the benefits of taking preventative and mitigating action before a much more expensive disaster unfolds.

“We believe that the implied changes to the global economic system associated with a 5-6C change to average global temperatures present such a crisis.

“A clear and credible decarbonisation target would help address the climate problem before the economic disasters associated with a 5-6C change unfold.”

Meanwhile, commenting on the CCC’s findings, Stephanie Pfeifer, chief executive of the Institutional Investors Group on Climate Change, which represents some of Europe’s largest investors worth a combined €7.5 trillion (£6.3 trillion), said the UK urgently requires investment of around £330 billion in its energy infrastructure by 2030.

She added, “This investment will only happen if investors are confident in the UK government’s commitment to a low-carbon energy future. Changing course on emissions reduction objectives now would undermine this confidence and damage investment prospects.”