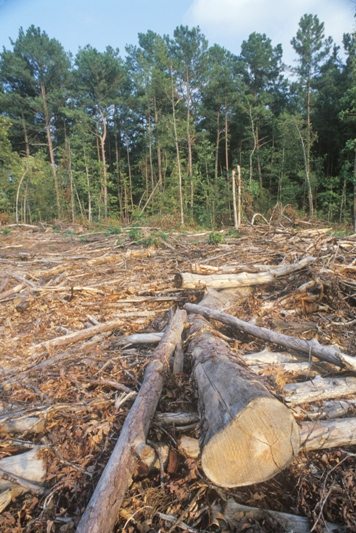 At the UN climate summit taking place in New York on Tuesday, governments and businesses pledged to end deforestation by 2030. Backers of the declaration claim such action could save between 4.5 billion and 8.8 billion tonnes of carbon emissions each year.

Ending deforestation could have a huge impact and help the world towards achieving other climate targets. Research from the University of Edinburgh suggested that global carbon emissions could be cut by one-fifth if deforestation in the tropics were minimised.

The agreement is not legally binding and calls for the restoration of more than 350 million hectares of forests and croplands. UN secretary-general Ban Ki-moon noted that action was not only needed to tackle climate change but could also hold multiple benefits for all members of society.

The UK, US, Germany and Norway are amongst the countries that have pledged to enter into up to 20 programmes over the coming years that help to reduce deforestation, which could be worth more than £700 million. However, the refusal of Brazil, which states it was not consulted on the plan, to sign the declaration has led to criticism of the pledge.

“Putting a stop to deforestation is the smart thing to do,” said Justine Greening, the UK’s secretary of for international development.

“Without action, the would will get hungrier, poorer and more dangerous in years to come. There is no point building a health clinic for poor people in Bangladesh if it will get washed away by the next floods.”

Businesses that have signed the declaration include Asia Pulp & Paper (APP), Barclays, Kellogg’s, Marks & Spencer and Nestle. Charities such as WWF, RSPB and the International Union for Conservation of Nature have also given their support.

Teguh Ganda Wijaya, chairman of APP, commented, “Businesses can take the lead in delivering these commitments, but we must work closely with all stakeholders including government and NGOs to truly tackle deforestation and climate change. One of the most effective ways to do this is by conserving forest, planting trees and protection the natural forest that surrounds.”

Speaking at the summit, Norwegian officials confirmed the country is to pay $150 million (£91m) to Liberia to stop deforestation by 2020.

UN climate summit: ‘It will take everyone to change everything’