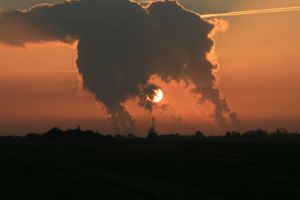 The UN’s World Meteorological Organisation (WMO) has ranked 2014 as the hottest year on record and noted that 14 of the 15 warmest years have now occurred in this century, demonstrating the continuing warming trend.

Average global air temperatures over land and sea surface were 0.57C above the long-term average of 14C. However, the organisation noted that the difference in temperature between the three warmest years, 2014, 2010 and 2005, is only a few hundredths of a degree, less than the margin of uncertainty. As a result 2014 may not be the warmest year on record but would still ranks high on the list.

What is more important, the WMO says, is that last year’s figure continues to show a warming trend.

WMO secretary-general, Michel Jarraud said, “The overall warming trend is more important than the ranking of an individual year. Analysis is of the datasets indicates that 2014 was nominally the warmest on record, although there is very little difference between the three hottest years.

“Fourteen of the fifteen hottest years have all been this century. We expect global warming to continue, given that rising levels of greenhouse gases in the atmosphere and the increasing heat content of the oceans are committing us to a warmer future.”

The organisation all states that it is “notable” that the high 2014 temperatures occurred in the absence of a fully developed El Nino, a weather phenomenon caused when warmer than average sea-surface temperatures in the eastern tropical Pacific combine with atmospheric pressure systems. El Nino periodically occurs in South America and causes climate changes such as heavy rainfall, extreme events and alteration to ecosystems in the Pacific.

The hottest year before the 21st century, 1998, occurred during a strong El Nino year.

Jarraud added that strong weather and climate services are “now more necessary than ever before” to increase resilience to disasters and help countries and communities adapt to a “fast changing and, in many place, less hospitable climate”.

2014 on track to be hottest year on record