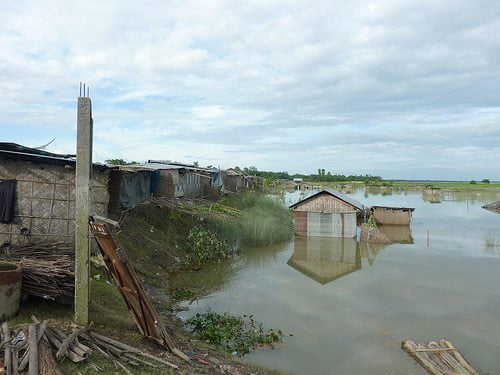 A new report has suggested that there is an increasing risk of natural disasters as more people move into urban areas.

The Institute of Mechanical Engineers (IMechE) argues that the unprecedented influx of people to towns and cities across the developing world is leading to a large increase in people living in locations susceptible to natural disasters.

By 2050, 75% of the world’s population is expected to be living in towns and cities, with 95% of the expansion occurring in developing countries

Tim Fox, head of energy and environment at IMechE and lead author of the report, said, “Extreme natural events like earthquakes, storms and floods are not in and of themselves disasters.

“As we have seen earlier this week in India with Cyclone Phailin, given adequate levels of preparedness and resilience many disasters could be avoided and lives and communities saved.”

The situation is exacerbated by the expansion of slums. According to the report, around 180,000 people move into urban areas everyday, with 18% of all urban housing being non-permanent or slums.

These dwellings, and the people living in them, are particularly vulnerable to the impact of extreme natural events. In addition, many of the world’s largest cities are located in earthquake, storm and flood prone areas.

Furthermore, urban land development is leading to the degradation or destruction of natural barriers, including swaps, wetlands and mangroves.

The research found that changes to ecosystems had contributed to a significant number of floods and major wildfires since the 1940s. In the past decade, disasters from natural events have, on average, affected 200 million people each year.

Fox added, “It is clear that much more needs to done to focus international development funding on resilience and preparedness.”