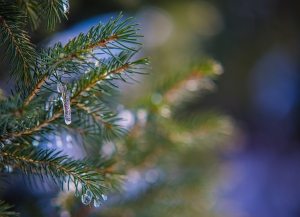 A “potentially historic blizzard” could see as much as 3ft of snow hit the US north-east coast, the National Weather Service has warned. The warning comes as a study suggests that extreme weather events could double due to climate change.

The US forecast led to travel bans, public transport being reduced and schools closing early. New York governor Andrew Cuomo said with a “potentially historic blizzard” the state was “preparing for the worst”.

The weather comes as a new study warns that climate change will double the risk of an extreme weather event in the Pacific Ocean called La Nina. The increase could potentially lead to devastating effects, such as droughts in the south-western US, floods in the western Pacific regions and Atlantic hurricanes.

Additionally, around 70% of the increased La Nina events are projected to follow immediately after an extreme El Nino event. The two weather events are each other correspondents, meaning that some parts of the world could experience weather patterns that switch between extremes of wet and dry.

The study’s findings, which have been published in the journal Nature Climate Change, suggest that increased land warming, coupled with an increase in frequency of extreme El Nino events, will mean that extreme La Nina events could occur every 13 years, rather than the 23 years previously seen.

Co-author of the research, Professor Mat Collins, from the University of Exeter, said, “Our previous researcher showed a doubling in frequency of El Nino events, and this new study shows a similar fate for the cold phase of the cycle. It shows again how we are just beginning to understand the consequences of global warming.”