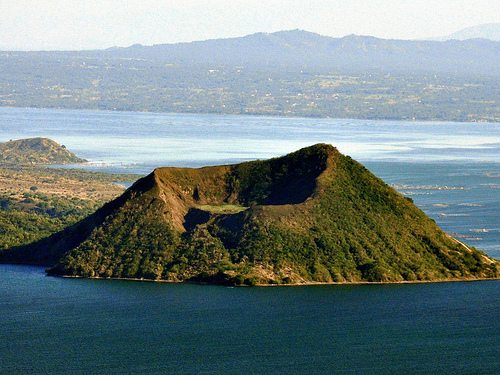 A new study has suggested that when volcanoes erupt, they released particles that reflect sunlight and therefore ‘pause’ the warming of the Earth. This would partially explain a slowdown in global warming since 1998, which is often used by climate deniers as evidence that climate change is not happening.

The research study, published in Nature Geoscience, explains that despite the increase of greenhouse gases in the atmosphere, the warming of the Earth had slowed down since 1998.

Scientists have already explained this phenomenon with the cooling influence of the Pacific Ocean, while other experts said that the warming simply manifested in different ways.

However, volcanoes have been so far overlooked as contributors to the hiatus, as they are often described as the partial cause in climate variations.

But a team of researchers has found that 17 volcanic eruptions since 2000 have released sulphur droplets, which had blocked sunlight and slowed down the warming.

Ben Santer from the Lawrence Livermore National Laboratory in California and lead author of the study said, “The recent slowdown in observed surface and tropospheric warming is a fascinating detective story. There is not a single culprit, as some scientists have claimed.

“Multiple factors are implicated. The real scientific challenge is to obtain hard quantitative estimates of the contributions of each of these factors to the so-called slowdown”.

However, volcanoes will not protect us from rising temperatures forever. Prof Piers Forster, from the University of Leeds and co-author of the study, commented, “Volcanoes give us only a temporary respite from the relentless warming pressure of continued increases in carbon dioxide.”

The sun has minimal influence on climate change, says study