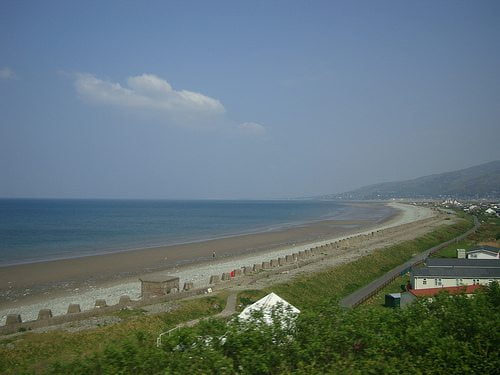 Some coastal communities in Wales may be abandoned to the advancing sea because of the rising cost of maintaining defences, it has been revealed.

BBC Wales current affairs programme Week In Week Out will on Tuesday night air an investigation that finds local authorities across Wales are planning a “managed retreat” from rising sea levels.

Natural resources minister Alun Davies denies the existence of any such policy, but councillors from the village of Fairbourne on the coast of Barmouth Bay say they expect to begin leaving the area in 2025. Fifty other communities are predicted to follow suit in the next 45 years.

Mike Phillips, professor of coastal geomorphology at the University of Wales Trinity St David, told the BBC that the future doesn’t look good for low-lying villages such as Fairbourne.

“Sea levels are rising. It means the cost of defending this place will be too high”, he said.

“As a coastal scientist, I think it is right to consider managed retreat as an option because we cannot afford to continually defend our coastline.”

An Environment Agency report published in 2010 found that annual spending on river and coastal flood defences in Wales would have to total £135m just to maintain the current level of flood risk.

“The plan is trying to sustain the position in the short-term, but in the long-term we will have to have that managed retreat”, Gwynedd council leader Dyfed Edwards said.

“I recognise that people are going to be in a very, very difficult position. We cannot leave them on their own; we have to support them in the future.”

Last week, an academic from Newcastle University also warned that parts of Britain may inevitably be lost to flooding and therefore retreat has to be considered as an option

Prof Enda O’Connell, who is also a fellow of the Royal Academy of Engineering, told BBC Radio 4’s World This Weekend programme, “Some of these areas may not be defensible and we cannot afford to defend them. Therefore retreat has to be contemplated.”

A recent study found that climate change will mean that coastal flooding will affect 600 million people by 2100  – around 5% of global population – if no measures are taken.