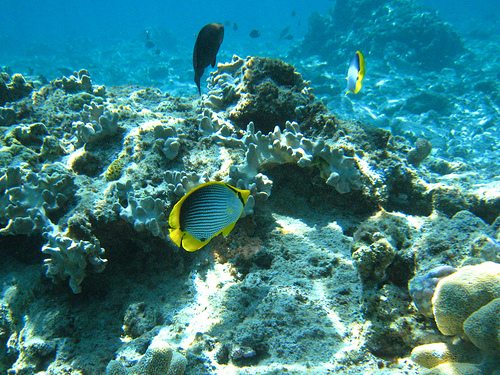 Warmer sea temperatures could cause more exotic fish such as sunfish and bluefin tuna to migrate to the south west of England – a scientist has said.

In an interview with the BBC, Dr Tim Smyth of Plymouth Marine Laboratory, explained how the Cornish coast could see increases in numbers of exotic fish as they migrate to English waters due to warmer sea temperatures.

Devon and Cornwall have recorded sea temperatures of 2C more than usual and locals have already seen species such as bluefin tuna.

A study in June this year found the Mediterranean Sea is both warming and acidifying at alarming rates due to global warming. This warming was found to be a serious risk to some marine ecosystems.

Recent studies have also found tropical fish have been migrating due to warming oceans, which is having a harmful effect as they are overgrazing on vital kelp and seagrass.

However, Dr Smyth said he did not see the rise in sea temperatures as a result of climate change, and told the BBC, “We have had some pretty awful summers followed by a good summer last year and a potentially good summer this year so we can’t say it’s part of some climate shift.”

Forecasters have said sea warming could be linked to increased sunshine hours in the UK with Met Office figures showing temperatures and sunshine for June were above average across England.