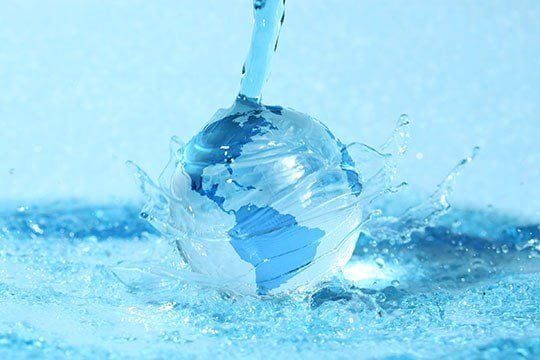 Water Management Holds the Key to a Greener Future

In order to preserve the environment, we must fight battles on multiple fronts. Some of these issues are more important than others. Protecting our water is probably the single most crucial thing we need to focus on.

Since 1999, United Nations has been collecting data on water management. It found that poor water quality and high gene are some of the biggest causes of health problems around the world. It is also causing serious problems with the environment, as important species of plants and animals are dying. Many of these organisms play in a central role in regulating ocean oxygen levels and other environmental variables.

The problem has only been exacerbated by industrialization around the world. According to Seametrics, 70% of industrial wastes are dumped into the water without being treated. Approximately 80% of all sewage also enters the water.

As a result, clean water is becoming less available in emerging economies throughout the world. Even in traditionally agricultural societies, problems with water contamination are rising. Waste from crops and human activities are creating problems in these areas.

China is one of the countries where water pollution has surged in recent years as a direct result of industrialization. AvrahamEbenstein of the MIT Press Journal reports that industrialization is responsible for a health epidemic; as digestive cancers have risen due to inadequate drinking water.

Fortunately, new solutions are being pursued. New technology has made water waste management easier than ever. The National Academies Press has provided an overview of some of these emerging technologies.

Experimentation with low-pressure membranes began in the 1980s. However, they have only recently proven to be a viable solution for treating contaminated water. Recent studies from the American Water Works Association (AWWA) Research Foundation show that they can remove harmful microorganisms from water, which minimizes the risk of digestive cancers and other health problems.

High-pressure membranes are solutions that use HF membranes that rely on reverse osmosis. They are ideal for removing large bulks of hazardous materials from water.

Two-stage membrane filtration systems built on the concepts of low-pressure membranes. The key difference is that they remove over 90% of dissolved and suspended material from liquids with low viscosity. Self-priming pumps are among the many products that rely on this technology.

Ultraviolet radiation technology is primarily used for a narrow range of applications where it is crucial to remove dangerous organisms from the water. This is a commonly used solution when water has been contaminated with human waste and other dangerous bioproducts. It is particularly effective in both large urban areas that have difficulty controlling their sewage system and agricultural communities where people have difficulty keeping liquid farm waste from reaching water reserves.

Water Treatment is the Key to Environmental Sustainability

Water pollution has become one of the biggest problems of the 21st century. It will create long-term problems for the environmental and health of people all over the world. The good news is that new waste management technology is playing an important role in treating these problems.