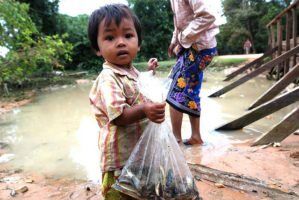 How Water Purification Is Benefiting Our Future

More than a billion people all over the world, or one-sixth of the human population, do not have access to safe drinking water. In those areas, the lack of safe sanitization processes, combined with dangerous microbes in the water, causes 80 percent of diseases and kill more people annually than all forms of violence combined — that includes war. Children’s weaker immune systems make them especially vulnerable to deadly health problems like diarrhea and dysentery.

This global water crisis is also a huge contributing factor to varying levels of poverty in many countries. Water collection often requires travelling miles on foot to the nearest collection source, where the water may be unsafe to drink. The time it takes for women and children to complete the task of simply getting water from their families then takes away from their ability to get an education and rise above poverty.

How Is the World Combating Unsafe Water?

Thankfully, advances in water purification technology are allowing companies to bring clean water to massive numbers of people all over the world. The systems’ processes range from desalination to the creation of chlorine to other efficient ways of killing deadly microbes and purifying water.

MECO, a world leader in water purification technology for decades, supplied three vapor compression desalination plants for installation at an LNG facility accommodation camp in Qatar. As a result, more than 6,000 people in the village of Ras Laffan received 720,000 gallons of fresh drinking water each day.

There are a great number of benefits associated with integrating desalination plants into water supply networks. It’s an efficient way to meet the need for efficient water management, including flood mitigation and water storage in places all over the world, according to a 2016 study that examined how desalination plants could create environmental and economic benefits for the world’s cities.

The researchers focused on Warragamba Dam, which is Sydney, Australia’s main water reservoir. The dam shows existing infrastructure and technology can generate renewable energy, which can go right into these city systems without having to also designate additional mitigation measures such as purchasing building new dams.

The New Life International Water Purifier is a simple and cost-effective purification system that’s also constructed to withstand harsh environmental conditions. The water purifier uses a battery or AC with transformer in addition to table salt, which creates bacteria-killing chlorine in the water.

Depending on the initial quality of the water and the size of the purifying unit being used, this system can treat up to 55 gallons per minute. While each kit can provide millions of gallons of clean and fresh drinking water, it only costs about $3,000, making the system an incredibly cost-effective means of getting lots of safe water to people in need.

Experiencing the Benefits of Clean Water

These systems are just a few ways non-profits and huge companies alike are tackling the issue of unsafe water that threatens the lives of more than one billion people. As these systems become the norm in villages and cities all over the world, families can focus on other priorities. In many countries, new generations of children will no longer have to assist with water collection, allowing them to focus on their education rather than travelling for water.

When finding safe, fresh drinking water is no longer a problem, the ability for developing countries to move out of poverty can be closer on the horizon.