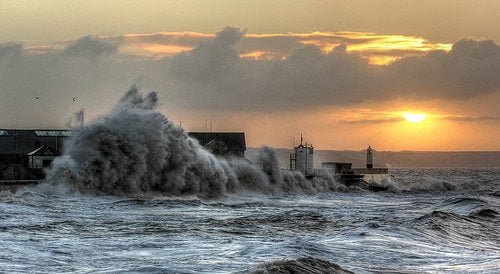 It is often observed that extreme weather events provoke public discussion on climate change, causing some climate sceptics to listen to the evidence. However, new research indicates that if we wait for the majority of people to experience such impacts before launching climate action, it may already be too late.

In a new study published in the journal Nature Climate Change [http://dx.doi.org/10.1038/nclimate2186], researchers from the Carnegie Institution for Science in Washington note that incidents of extreme weather can create “a window of opportunity” to gather public support for policies to tackle climate change.

Although it is not possible to link individual weather occurrences to climate change, scientists agree that climate change is likely to alter weather patterns around the world, bringing more destructive storms, floods and droughts to many countries.

The Intergovernmental Panel on Climate Change (IPCC) recently warned that no nation would be untouched by the negative impacts of global warming.

However, the new study warns that it may take decades if we wait for everyone to experience such impacts first hand to introduce measures to curb climate change.

This would mean the opportunity to prevent its most devastating impacts may already have been missed – with the world currently on course to exceed the IPCC’s target of limiting warming to 2C within just decades.

“When support for doing something about climate change is based on personal observations of local weather, policymaking may end up being dictated by the roulette wheel of natural climate variability,” says co-author of the research Katherine Ricke.

Using climate modelling technology, Ricke and her colleague Ken Caldeira found that within 50 years, almost every country in the world will have experienced the kind of extreme weather that can garner support for environmental policies.

Due to local variability however, there is no guarantee when some people, especially those in larger countries such as China and the US, will see such extremes themselves.

In light of this, the researchers urge policymakers to use hard science as a basis for their decisions.

“Good politics can be based on a good anecdote, but good policy needs to be based on sound science,” Caldeira said.