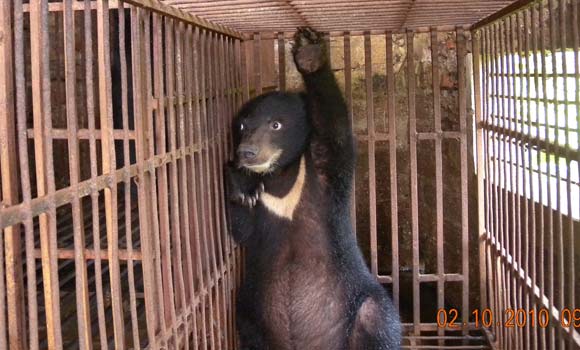 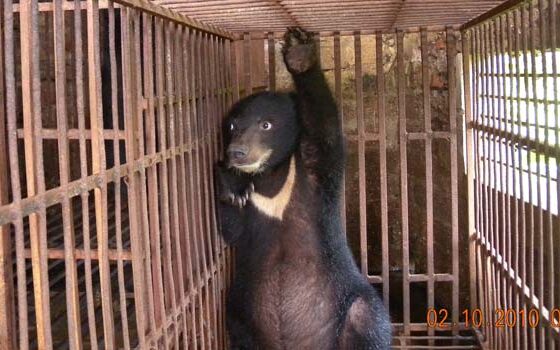 New analysis by wildlife charity TRAFFIC has revealed at least 2,801 bears have been traded dead or alive for their parts and derivatives between 2000 and 2011 in Asia, especially in Cambodia and China.

The report’s findings are based on 700 seizures occurred in various Asian states and Russia. The phenomenon violates all national laws and the Convention on International Trade in Endangered Species of Wild Fauna and Flora (CITES).

While some animals are trafficked to be used as pets or attractions in live shows – 15% of total seizures – the majority of them is killed for their parts, paws or skin, or caged to be used in the bear bile sector.

Bear bile is an ingredient of Chinese traditional medicine and is extracted from so called ‘battery bears’ in bile farms, where animals are kept in cages as big as their body and usually have a permanent implanted tube in the gall bladder for the extraction.

Although legal, such practice is strictly monitored by animal welfare association such as Animal Asia, as it is often the subject of controversy, poor welfare and abuse. In some cases, the animals can be rescued and hosted in sanctuaries.

Dr Chris R. Shepherd, regional director of TRAFFIC in Southeast Asia, said, “The number of seizures are a credit to the enforcement agencies, but they undoubtedly only stop a fraction of the overall trafficking because bear products are still widely and easily available across Asia.

The report calls for regional and national law enforcement efforts to be taken by authorities and international organisations.

“Where enforcement of laws protecting bears is taken seriously, it can be a tremendous deterrent,” Shepherd added.

The report comes after several conservation charities have highlighted threats to wildlife in Asia for some species that are being hunted to extinction, for instance pangolin, currently the most threatened mammal in the world.