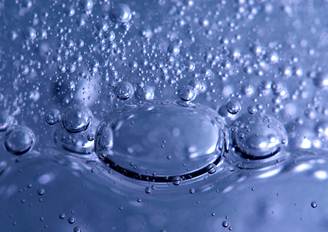 An official water shortage in eastern parts of England is a strong indicator of further widespread drought this summer. Charlotte Reid looks into which areas of Britain are wasting the most water, why we should put a stop to this behaviour and what we can do to help.

The South East, East Anglia and the East Midlands are in an official state of drought, with water restrictions due to be introduced soon unless there is a substantial amount of rainfall in the next few weeks.

The Government has been warning since December last year about the high chance of a drought this summer. Preparations began before Christmas to prevent a water shortage by issuing drought permits to top up reservoirs. Other action included issuing recommendations to water companies, businesses and people on how to save water. Despite these efforts, the threat of a hosepipe ban remains high.
The current problems stem from the fact that last year was the driest on record for 90 years. But there is another underlying problem.

Blue & Green Tomorrow has previously looked at the amount of water wasted by water companies. Shockingly, the water industry leaks 3.4 billion litres of water a day.

Droughts can be inconvenient and force us to put down the hose pipe; but they also have an impact on agriculture and wildlife. The Wall Street Journal speculated in the dry summer of last year that crops could be permanently affected by drought.

Safeguarding the future of water is easier than you think. There are a number of ways that you can save water at home, such as using a bowl in the sink, turning the tap off when brushing your teeth and taking a shower instead of having a bath. You can also choose a water provider that has been deemed more responsible by Ofwat. These are Wessex Water and water-only companies Bristol, Cambridge, Dee Valley, Portsmouth, Sembcorp Bournemouth, South East and South Staffs.