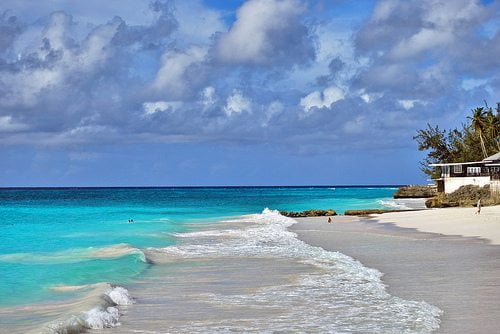 World Environment Day (WED), organised by the UN Environment Programme (UNEP), takes place on Thursday, hosted by Barbados. The event aims to raise awareness about environmental protection and this year’s host nation represents an example of a country under great threat from climate change.

2014 is the International Year of Small Island Developing States (SIDS), and UNEP has decided to dedicate the day to the Caribbean nation, to stress the urgency of dealing with climate change and its impact.

Barbados, like many other small islands, faces threats directly linked to increasing temperatures, such as rising sea levels and extreme weather events. The country has recently focused on solar energy development, following the lead of other nations from the Caribbean, Pacific and elsewhere that have opted to focus on cleaner energy rather than polluting fossil fuels.

UNEP said, “Our objectives are to help build momentum towards the third International Conference on SIDS in September and encourage a greater understanding of the importance of SIDS and of the urgency to help protect the islands in the face of growing risks and vulnerabilities, particularly as a result of climate change.

“We believe WED will be an excellent opportunity to raise a call for solidarity with the islands.”

Freundel Stuart, prime minister of Barbados, added, “On World Environment Day, we raise the collective voices of SIDS, once again, in calling for stronger and more concrete political action and solutions to enable us to realise a future not only of resilience, but also of prosperity for our island nations. For, given the interconnectedness of the planet, our prosperity is also that of our neighbours in the developed and developing world.

“Our goal is to be heard loudly and clearly, maintaining the place of Barbados firmly in the mainstream of the discourse and action on the future of SIDS. Barbados will proudly show the world our commitment to this process as a nation.”