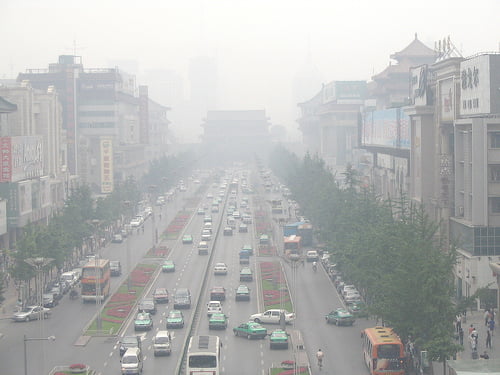 China, the world’s largest emitter of carbon dioxide, has agreed to impose carbon reduction targets for the first time – a move that could push the country to the forefront in fighting climate change.

Its decision, which will see a greenhouse gas emissions cap set by 2016, is likely to dramatically shift the political balance of the climate change debate. It’s hoped that it will encourage other countries to take more serious measures in reducing their own CO2.

UK energy secretary Ed Davey told the Independent, “At the end of last year the Chinese leadership changed and started talking about creating an ‘ecological civilisation’.

“I’m really much more confident than many people about our ability to get an ambitious climate change deal done in 2015.”

China and the US alone produce around 37% of the global emissions and have both felt the full brunt of our unstable climate in terms of recent extreme weather events.

This week, Oklahoma City in the US was hit by one of the most powerful tornados the country has ever seen, leaving 24  people dead.

Meanwhile in China, 36 people died in the south in a devastating flood, and the country has to deal with air and water pollution on a massive scale.

However, a report by the Australian Climate Commission found that the Asian country could soon take the lead on climate change policies, thanks to the government’s appeal to businesses to consider the environmental and social impact of their activities and its large-scale investment in renewable energy.

Another recent study found that Asian nations were performing better than the European ones in terms of decarbonisation efforts.

Professor Tim Flannery, author of the study, said, “China has halved its growth in electricity demand and is quickly moving to the top of the leader board on climate change.”

According to the World Wind Energy Association (WWEA), China also has the largest wind market in the world and installed the greatest number of new turbines in 2012.