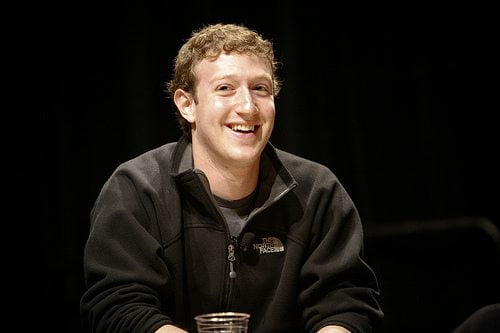 Zuckerberg to use ‘drones, satellites and lasers’ to connect everyone to the web

Facebook founder Mark Zuckerberg has announced that the firm plans to use unmanned drones, lasers and satellites to hook up the planet’s entire population to the internet.

The drones and satellites will aid the Internet.org initiative, set up by a number of internet-based organisations including Facebook, Ericsson, Samsung and Nokia with the intention of giving the global population the “power to connect”.

Zuckerberg announced the plans on the social media site on Thursday afternoon, saying that the joint enterprise has been working on ways to “beam internet to people from the sky”.

“Today, we’re sharing some details of the work Facebook’s Connectivity Lab is doing to build drones, satellites and lasers to deliver the internet to everyone”, he said in a post.

“Our goal with Internet.org is to make affordable access to basic internet services available to every person in the world.”

The team behind the initiative consists of some of the world’s leading experts in aerospace and communications technology, drawing on experience from organisations such as NASA.

Zuckerberg added, “Today we are also bringing on key members of the team from Ascenta, a small UK-based company whose founders created early versions of Zephyr, which became the world’s longest flying solar-powered unmanned aircraft. They will join our team working on connectivity aircraft.”

The plans will put Facebook in fierce battle with one of its biggest competitors, Google, which is working on a similar concept of connecting people to the internet through the use of balloons.

Announcing the initiative last year, Zuckerberg said that internet connection could significantly improve people’s quality of life. People in developing countries could “decide what kind of government they want, get access to healthcare for the first time ever [and] connect with family hundreds of miles away that they haven’t seen in decades”, he claimed.

The plans however, were described as ambitious by some. Abdurazak Mohamed of the African Development Trust (ADT) told Blue & Green Tomorrow that although there was a need for the internet in developing countries, there needed to be a sense of priority.

He said, “What would be the point in giving someone access to the internet if they don’t even have a roof over their head?”

“Take Ethiopia – it has a population of 8 million, but the telecommunications industry is monopolised by the government. This does not support the needs of communities – nor will it allow private companies to operate in the area.”