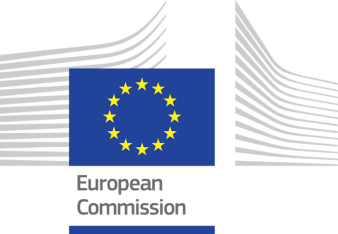 Ultrafast pure fibre broadband provider, Gigaclear plc, has secured a EUR25m (GBP 18m) committed debt facility from the European Investment Bank (EIB). The loan, the largest one of its kind awarded to a UK company, will be used to support Gigaclear’s plans to rapidly extend its pure fibre, ultrafast broadband infrastructure within rural Britain during 2016.

Founded in December 2010, Gigaclear has so far installed fibre outside more than 15,000 properties in rural parts of Oxfordshire, Essex, Northamptonshire, Berkshire and Gloucestershire, with 10,000 more already in construction. It was the first operator other than BT to secure contracts as part of the government-subsidised BDUK programme to bring broadband of at least 24Mbps to 95% of the UK. Gigaclear is both building networks under its own commercial investment and has also won three substantial BDUK contracts in Gloucestershire, Berkshire and Essex.

During 2016 Gigaclear plans to build its pure fibre, ultrafast broadband network to at least 40,000 additional properties. This will involve a major investment by the company, one third of which is being financed through the EIB facility.

Matthew Hare, Chief Executive of Gigaclear, said: “This level of support is a ringing endorsement of Gigaclear as a business. EIB clearly has faith in our model and vision. It can see our own commitment to invest and how effectively we are already providing next generation infrastructure for the UK’s rural economy and communities. We’re transforming lives and businesses, giving people access to the fastest internet speeds to be found anywhere in the world and technologically future-proofing these rural communities for years to come.

“We have estimated that 1.5 million properties in the UK could benefit from our services and we want to reach those people as quickly as possible, but we’re a capital intensive business. So this loan is a landmark moment for us and an important next step in our expansion strategy.”

The loan to Gigaclear is the maximum available to companies under the ‘InnovFin – EU Finance for Innovators’ MidCap Growth Finance scheme and is the largest amount the EIB has awarded to any UK business under the InnovFin initiative.

Jonathan Taylor, European Investment Bank Vice President commented: “Improving internet access in rural areas is crucial for economic activity, healthcare, education and access to key services. Over the last 5 years the European Investment Bank has provided nearly EUR 12 billion to improve broadband and telecommunications across Europe. We are pleased to support Gigaclear’s activities in our first targeted support for rural communications in the UK“.

Gigaclear is advised by Cameron Barney LLP and its shareholders include Prudential Infracapital and Neil Woodford’s Woodford Investment Management.

At the end of 2015 Gigaclear owned and operated 56 rural fibre networks and has 35 under construction across Kent, Oxfordshire, Northamptonshire, Cambridgeshire, Leicestershire, Buckinghamshire, Hertfordshire, Rutland, Gloucestershire, Berkshire and Essex. In 2015 the company launched a trial of Britain’s fastest internet package for retail customers with up to 5Gbps broadband speeds, delivering download speeds up to 200 times faster and upload speeds 1,000 times faster than the UK average.

Matthew Hare concluded: “Our strategy to use pure fibre means we aren’t simply connecting rural communities but we are helping them leapfrog a whole generation of technology. Understandably communities who up to now have suffered from woeful internet speeds are incredibly excited about that proposition, so demand for our services is huge.”

Gigaclear is supported by ‘InnovFin – EU Finance for Innovators’, MidCap Growth Finance with the financial backing of the European Union under Horizon 2020 Financial Instruments.