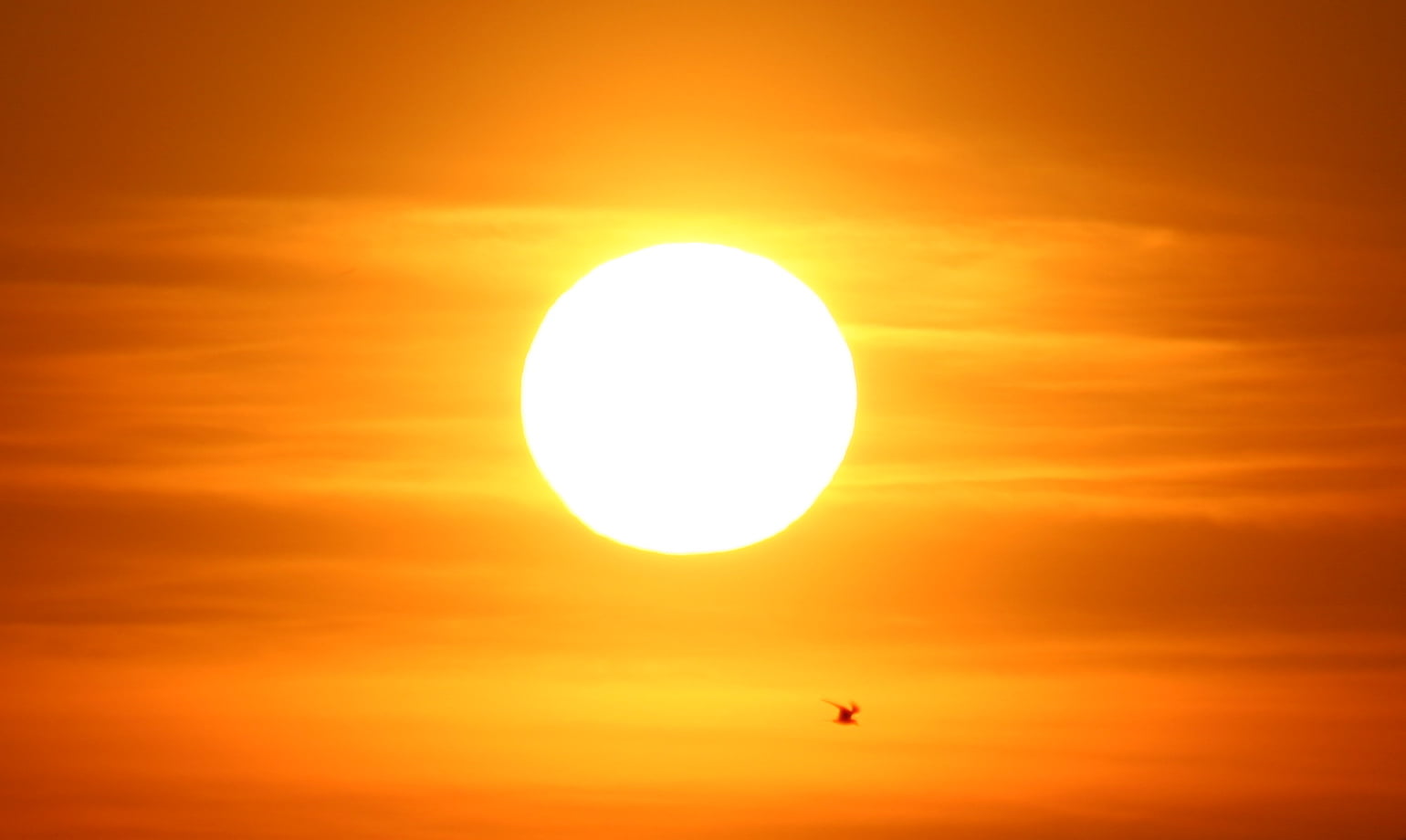 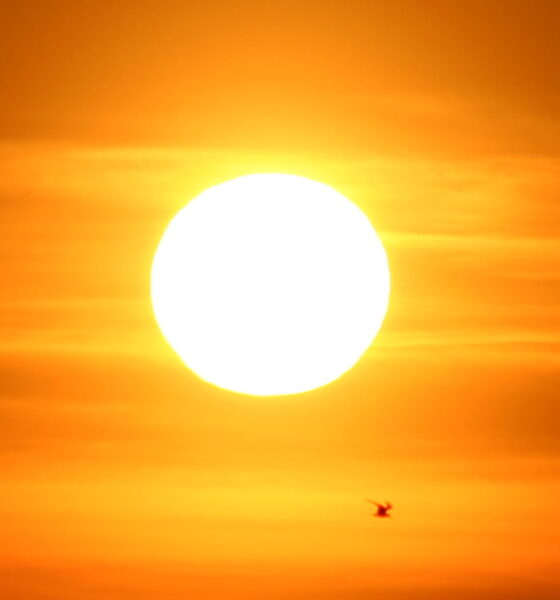 Today, June 20, is the summer solstice. Supposedly, we should see more sun today than on another other day of 2012. No doubt the perennially unpredictable British weather will do its best to spoil proceedings, but here, we take a look at some recent big developments in the solar industry.

After weeks of uncertainty over the last few months, May turned out to be a pretty good month for the UK’s solar sector.

This positivity was typified by the government’s announcement that the feed-in tariff (FiT) cuts for solar PV would not come into play until August, giving prospective investors more time to receive the higher band of subsidy.

But whilst it was this angle that dominated news headlines, the most encouraging part of what energy secretary Ed Davey had to say surrounded the future plans for the industry in terms of incentives.

From August, cuts won’t be determined by policymakers. Instead, the FiT will be automatically reduced by 3.5% every three months, providing the industry with much-needed confidence and stability.

If uptake is unprecedentedly high, the subsidy scheme can be cut by as much as 28%. But on the same page, if uptake is too low, cuts can be deferred for upto six months. It’s a win-win for investors, government and the industry. 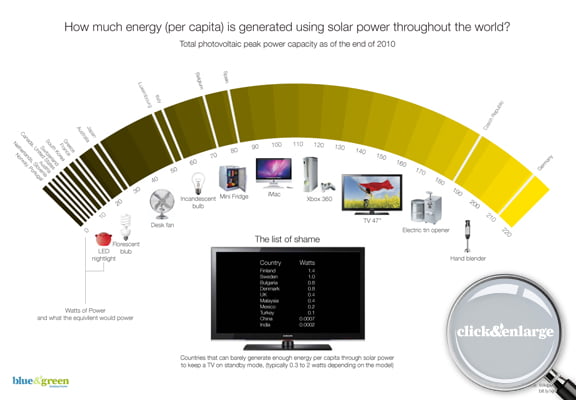 How much energy (per capita) is generated using solar power throughout the world?: Ben Willers. (Click to enlarge).

On top of this news surrounding solar PV incentives in the UK, Blue & Green Tomorrow has written recently about a number of large-scale solar projects that have been undertaken across the country, and indeed, the globe. And in one case, even where no man has gone before, but we’ll get to that later.

At the beginning of this month, a renewable energy company in Warrington, Eco Environments, installed over 1,000 solar panels on the roof of a warehouse, in what it’s calling “the biggest roof-based solar PV project in the North of England”.

This news builds on the plans for a proposed 25 megawatt (MW) solar farm in Suffolk, which Hampshire-based renewables developer, Hive Energy, is looking into. The farm, Hive says, would be one of the biggest of its kind in the UK.

Further afield, there were positive developments to come out of Morocco, South Africa and Saudi Arabia last month, with companies from all three countries in discussions to vastly increase the presence of solar in their nation’s energy mix.

The plans for solar development in Saudi Arabia in particular, which are still very much in the planning stage, are extremely exciting. A 41 gigawatt – yes, gigawatt – expansion of the technology would see it account for around a third of the oil-rich country’s peak electricity demand. Exciting stuff, but it comes at a fairly hefty sum; it’s estimated that the project will need $109 billion from investors to get going.

Meanwhile, across the Atlantic in the US, two firms – MidAmerican Solar and First Solar – began construction of what they’re calling the “world’s largest solar farm”.

The stats are pretty impressive: the farm will be 550MW once completed; will employ 400 workers during the building phase; will bring in expected revenue of $417 billion; and will provide power to some 160,000 Californian homes.

And, for the final development in this solar celebration, we need to branch out even further from home. Nope, not to Australia, or even Fiji. To space.

Yes, that’s right. Researchers at the University of Strathclyde in Glasgow have developed equipment already tested in space that would provide a platform for solar panels to collect energy and allow it to be transferred back to Earth through microwaves or lasers.

Pretty cool, I’m sure you’ll agree. And such a good idea; it makes you wonder why it’s not been thought of earlier.

We’ll be following that one particularly closely; if only in the hope that someone at the university will contact us asking for a hand up there. Because, you know, you never know when a team of sustainable investment journalists will come in handy.