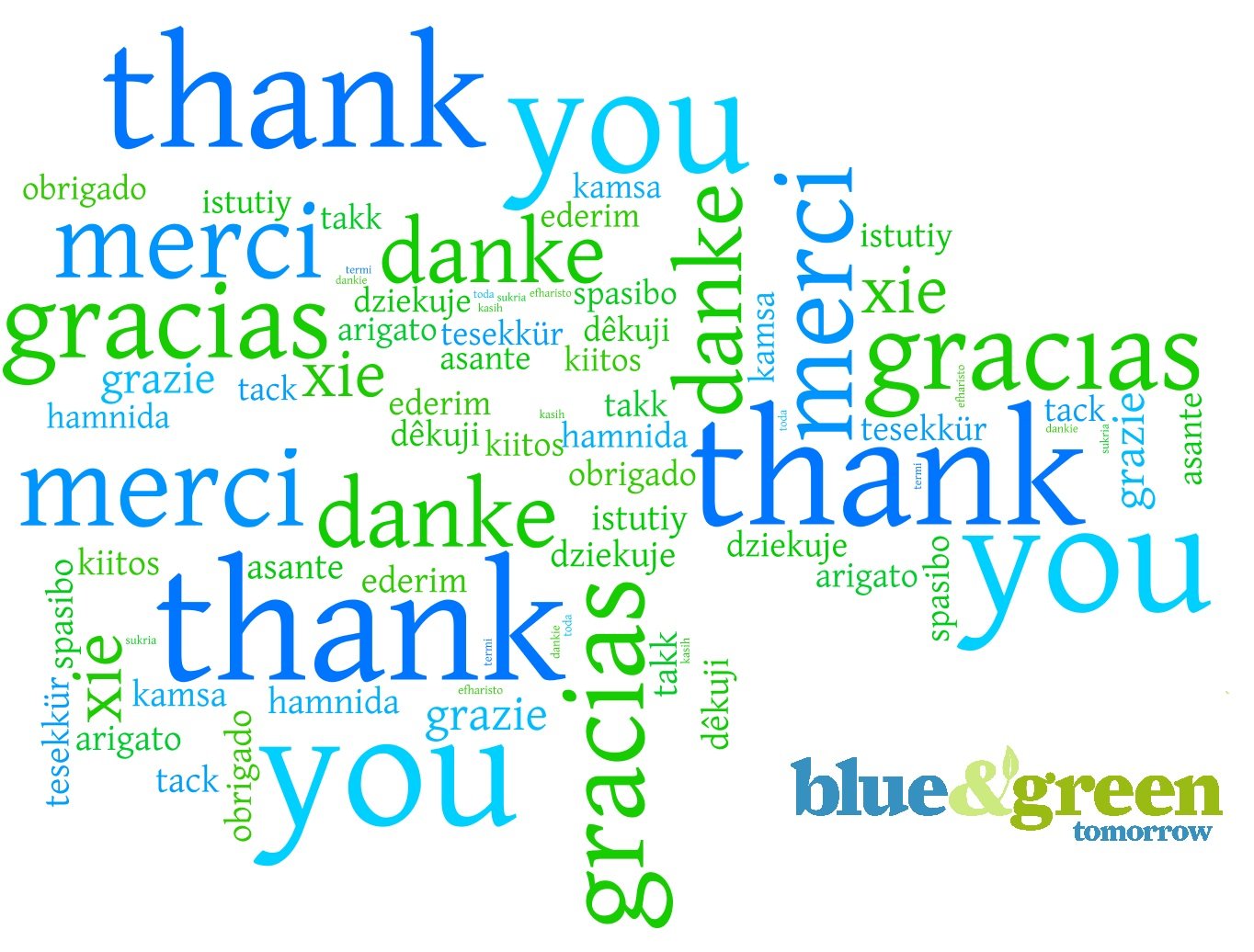 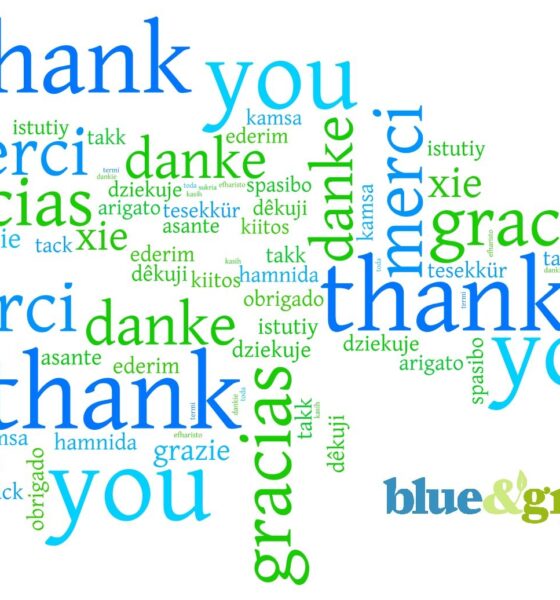 A huge thank you to all our supporters

Sir Winston Churchill once said, “Success is the ability to go from one failure to another with no loss of enthusiasm”. We didn’t hit our ambitious crowdfunding target, but we underwrote the team until the end of the year and for that we are indebted.

Yesterday, we described the genesis and evolution of Blue & Green Tomorrow. We also closed our Sponsume crowdfunding campaign, raising enough funds to allow the team to sleep in their beds knowing that they’ll be paid until Christmas, and to help the production and distribution of two more in-depth reports before this year’s out – The Guide to Ethical Shopping and The Guide to Responsible Media.

“People don’t have to like or support you, so you always have to say thank you”

To everyone who supported us, we want to say thank you.  We are preparing your rewards, which will be with you by Christmas.

To the 41,000 unique visitors and our 12,000 regular readers, we want to say thank you. Keep reading and if you want to contribute, please don’t hesitate to get in touch.

To the exceptional explorers and tour operators of Adventure Travel, Discover Ltd, Wild Frontiers, Cedarberg African Travel and Archipelago Choice, we want to say thank you.

To the various people who have worked under the umbrella of B&GT; David, Lori, Dominic, Angus, Charlotte, Rob, Alex, Rich, Jess, Emily, plus many, many more, we want to say thank you.

2013 is going to be an interesting year if we survive the end of the Mayan long count calendar on December 21. We will, by the way. It’s superstitious hokum, described by one leading academic as, “a complete fabrication and a chance for a lot of people to cash in”.

In January, we will see the inauguration of the next US president. There will also be an international academic conference in June to celebrate 200 years of peace between the US, Canada and Great Britain.

In January, Israel elects a new parliament and Iran elects a president in June, which could affect us all and be one of the first big international headaches for the new US president.

China’s new leadership will be settling into the start of their 10-year rule, while attempting its first unmanned Moon landing. India will launch its Mars probe.

It’s the UN’s International Year of Water Cooperation, which seems apposite if you consider the words of Ismail Serageldin, former vice president of the World Bank, in 1999, “If the wars of this [20th] century were fought over oil, the wars of the next century will be about water.”

Just as the first words went to Churchill, so do our last, “Every day you may make progress. Every step may be fruitful. Yet there will stretch out before you an ever-lengthening, ever-ascending, ever-improving path. You know you will never get to the end of the journey. But this, so far from discouraging, only adds to the joy and glory of the climb.”