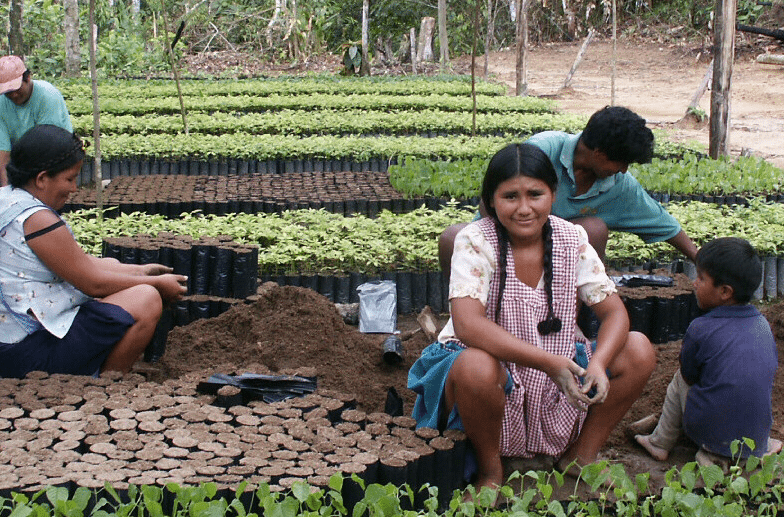 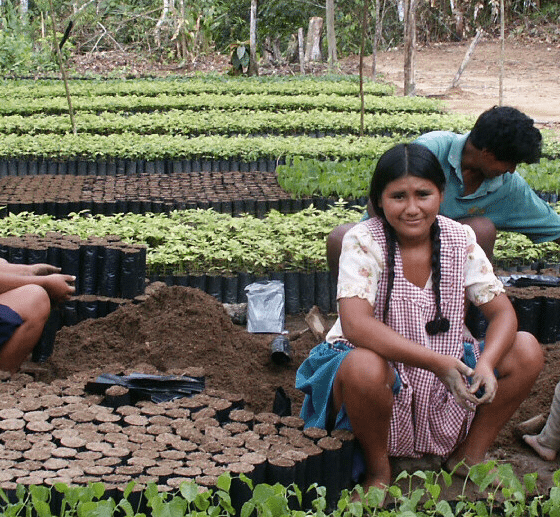 John Fleetwood of the Cochabamba Project writes about how a sustainable investment opportunity in Bolivia is having tangible positive impacts on the local people.

“We just came to clear the forest with our machetes and axes. Without knowing how, we set about planting rice, maize and other things to give us something to eat. We succeeded in that but we were working against nature because we were destroying our community’s forests” – Don Segundino, former miner.

The Amazon rainforest is one of the most valuable habitats on our planet, but the Bolivian fringes of the Amazon have suffered some of the most aggressive rates of deforestation in the world. Driven by desperation, whole communities have been migrating from the high Andean plateau and settling within the perimeter of the rainforest.

Without training and capital to invest in a viable alternative, smallholders are forced to exploit the valuable timber. These ‘slash and burn’ methods maintain their meagre existence, but perpetuate the cycle of deforestation, which in turn reduces their ability to earn a living from the land.

Reforestation is not a new concept, but typical schemes plant monocultures of non-indigenous species like teak or eucalyptus. This results in ‘green deserts’ that are diametrically opposed to the amazing natural biodiversity of the rainforest. They also take all control and profit away from local people, token schools and medical facilities notwithstanding.

Nor is aid the answer. Farmers are scathing of the aid programmes they’d experienced: “Charities come for three years, then they leave and nothing is left. We don’t want handouts, we want a fair business partnership that lasts”, says farmer Isidro Colque Condo.

In 2002, a trial project was established by the Food and Agriculture Organisation (FAO), a division of the United Nations, with the aim of pioneering a radical new form of sustainable reforestation partnership. The success of the trial led to the commercialisation of the project which came to be known as ArBolivia in 2007.

Through ArBolivia, 870 farmer families have grown well over 1m native trees on previously deforested land, spread across an area the size of England. This year will see the first timber harvests, with around £100,000 expected from thinning.

However, there are many good projects worldwide. What makes this project so innovative is the equal division of timber profits between the investor and the farmer. This is combined with the pioneering use of varied native species and the ability to sell timber at a fair price.

Instead of just paying farmers for their labour and extracting profit from the region, the project shares timber profits equally with farmers. Over the 40-year lifetime of the project, each farmer stands to earn an average of $87,000 (£51,500) from the sale of their trees.

Integral to this is the ability to secure better prices for the timber. Farmer Ezequiel Salvatierra Hurtado explains, “If we try and sell wood ourselves in the local markets we get ripped off, but right now ArBolivia is helping us to get a fair price.”

ArBolivia also allocates a professional technical adviser to each farmer to help them maximise their returns from their entire farm in an environmentally sensitive manner.

Don Segundino explains his own plan: “The short-term project is to start planting annual crops such as strawberries, beans and cassava which we can eat and then sell. Then we are thinking of planting fruit trees in the medium-term – lemons , tangerines and oranges. Then for the long-term there are woods such as mahogany, cuchi and others which are very important for all those timber products they need in the city.”

The project has been running commercially for six years, largely funded by a UK-based co-operative society, the Cochabamba Project.  The society has raised over £3m of investment.

The latest rate of interest declared on shares was 5% and despite the risks and the long-term nature of this type of investment, the society has managed to attract almost 500 members.

Retired farmers and members of the society, Jeff and Carey Glyn-Jones, explain what attracted them: “This was something that had been thought through from every angle… The last thing I wanted to do was put it into stock and shares, which had no humanity to them. This is much more real and in tune with our beliefs.”

John Fleetwood is a director of the Cochabamba Project. For more details on how to invest or visit the project, see www.cochabamba.coop or call David Vincent on 0114 236 8168.

The nature of investing

John Fleetwood is the founder of Ethical Money and has 26 years' experience in financial services, 13 of which was as an ethical specialist IFA. He founded the Ethical Investment Association, the industry body for ethical IFAs. John has provided institutional ethical investment research since 2002, and has developed ethical portfolio management services in conjunction with specialist asset managers. He has also helped to raise over £3.5m for the Cochabamba Project, a groundbreaking reforestation investment in Bolivia.