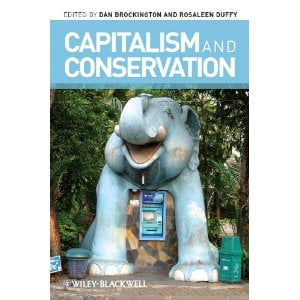 An article we wrote in February, Free markets need to be free, prompted a little Twitter debate when published. There is the honestly and strongly held belief that free markets are the implacable foe of sustainability. The demands of a free market economy are incompatible with the needs of viable ecology.

While there was a misunderstanding of the central message within the article, we blame the writer, not the reader. The article’s thesis was that the current model of corporate and financial capitalism is not capitalism.

Among both advocates and detractors, this is the central misunderstanding of capitalism, which, at its heart, is the creation of prosperity from investment in innovation. For example, innovative capitalists have connected the world through horse delivered post, the printing press, the train, internal combustion engine, powered flight and the internet.

Many innovative capitalists and the businesses they run have become spectacularly wealthy as result. Their work has also lifted large swathes of the global population out of grinding poverty.

As Bono pointed out in this TED talk, we could see the elimination of poverty by 2030.

By taxing this wealth, capitalism has provided the resources to invest in medical science, public health, education, vital transport infrastructure and utilities. A city without clean running water and sewers is very unpleasant indeed. It also funds philanthropy, charity and international development.

This does not make us an apologist for unsustainable capitalism and reckless financial speculation. Modern capitalism would be unrecognisable to enlightenment thinkers. Adam Smith recognised the value of moral sentiments.

Modern capitalism would be unrecognisable to modern economic thinkers. Friedrich Hayek recognised the failure of markets in dealing with externalities such as pollution.

Capitalism is not industrialism. As we pointed out in an article earlier this year, we referenced the distinction made by Seth Godin between industrialists who exploit efficiency and capitalists who use creativity.

The industrialist deploys economies of scale, automation and reduces workforce numbers, rights and wages. Driving margin is their core purpose. Often, their size makes them too big to fail and that is the enemy of capitalism. Let them fail, has to be the reaction to private sector failure. Capitalists innovate, often inefficiently, and pay the most to attract the best talent.

However, capitalism needs a moral and ethical dimension to work effectively. Not for sentimental reasons, but enlightened self-interest.

One of the massive failures in western capitalism has been the decline/flat lining of wages, while costs of living have spiralled out of control. Once credit lines closed, this hidden lack of income came home to roost.

Capitalists also need a viable planet. As Ben Goldsmith pointed out in our launch edition, “There’s no business to be done on a dead planet”.

Capitalism may be the worst economic system, until you consider the alternatives. It just needs to be well regulated to guarantee minimum standards for workers and consumers, such as living wages and sales of goods rights. It also needs to take into account externalities such as pollution and deforestation. And that’s where conservation comes in.

The planet belongs to future generations. It is profoundly unethical to exploit finite resources, those future generations may depend on. Polluting the planet is equally irresponsible. Acting in a way that triggers irreversible climate change is immoral.

Clean technologies, such as renewable energy, could create both sustainable economic growth and demonstrate the UK’s leadership in conserving the natural environment.

We do not understand the Conservative Party’s position on this. The London Evening Standard’s Amol Rajan described the current policy positions of the party as “a betrayal of conservatism itself.”

Capitalism and conservation would be happy bedfellows if the people who advocate free markets actually understood the economic theories they propound and created a legal framework that recognised the limits of our planet’s resilience.