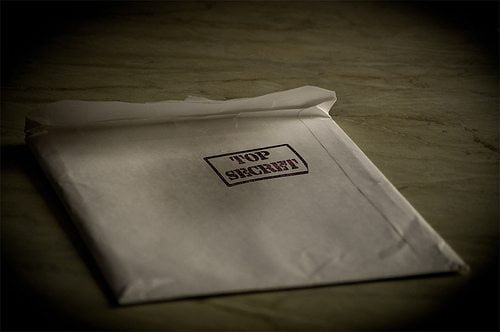 The Bilderberg Group’s meeting in Watford has caused a flurry of media speculation about its secretive nature and agenda. We do not subscribe to the wilder conspiracy theories, but the group’s existence and secrecy is probably corrosive to democracy.

Wikipedia describes it as a secretive business conference.

There are around 140 attendees made up of one-third political and two-thirds corporate. Among the attendees are such ethical corporations as Libor fixing Barclays, money laundering HSBC, vampire squid Goldman Sachs, Arctic drilling Shell, Deepwater Horizon disaster firm BP and corporate tax avoiders Google and Amazon.

What makes many people nervous is the group’s secrecy and off-the-record discussions.

The group says of itself, “Bilderberg takes its name from the hotel in Holland, where the first meeting took place in May 1954. That pioneering meeting grew out of the concern expressed by leading citizens on both sides of the Atlantic that western Europe and North America were not working together as closely as they should on common problems of critical importance.

“It was felt that regular, off-the-record discussions would help create a better understanding of the complex forces and major trends affecting western nations in the difficult post-war period.

“The cold war has now ended. But in practically all respects there are more, not fewer, common problems – from trade to jobs, from monetary policy to investment, from ecological challenges to the task of promoting international security.

“It is hard to think of any major issue in either Europe or North America whose unilateral solution would not have repercussions for the other.

“Thus the concept of a European-American forum has not been overtaken by time. The dialogue between these two regions is still – even increasingly – critical.”

The key topics for discussion this year include: can the US and Europe grow faster and create jobs?; jobs, entitlement and debt; how big data is changing almost everything; nationalism and populism; US foreign policy; Africa’s challenges; cyber warfare and the proliferation of asymmetric threats; major trends in medical research; online education: promise and impacts; politics of the European Union; developments in the Middle East; and current affairs.

There is no mention of climate change and there has not been since 2009, when it was raised in the context of Kyoto, and in 2007 when it was referred to directly. Even then, it came 12th in a list of 13 items.

This is concerning and depressing, considering the critical importance of climate change and the contribution to carbon emissions countries and companies represented at the event are making.

One would hope that deforestation, Arctic ice melt, resource scarcity and pollution would figure highly in their discussions of ‘common problems of critical importance’, but they are not listed. This is despite their assertion that addressing ecological challenges are a key part of their discussions.

It is probably useful if our political leaders have the opportunity to discuss geopolitical issues away from the glare of 24-hour rolling news interrogation. Having those discussions off-the-record allows them to speak more freely, rather than in carefully crafted soundbites. As Bilderberg itself puts it, “As such, they can take time to listen, reflect and gather insights.”

We want the president of the US and prime minister of the UK to be able to listen, reflect and gather insights.

However, we should be very careful and vigilant of corporate gatherings of any sort. As the father of economics Adam Smith warned, “People of the same trade seldom meet together, even for merriment and diversion, but the conversation ends in a conspiracy against the public, or in some contrivance to raise prices.

“It is impossible indeed to prevent such meetings, by any law which either could be executed, or would be consistent with liberty and justice. But though the law cannot hinder people of the same trade from sometimes assembling together, it ought to do nothing to facilitate such assemblies; much less to render them necessary.”

What should alarm everyone is the nexus of the corporate and political. From Davos to the Trilateral Commission, political attendance gives unrivalled access to policymakers and a seal of approval to these meetings of ‘people of the same trade’. This is the opposite of doing ‘nothing to facilitate such assemblies’.

If our elected leaders wish to attend these events, they should do it with full disclosure so we know what corporations are saying to them, to ensure this isn’t a conspiracy against the public. Alternatively, they should politely decline the invitation.

TED talks: who controls the world? – James B Glattfelder