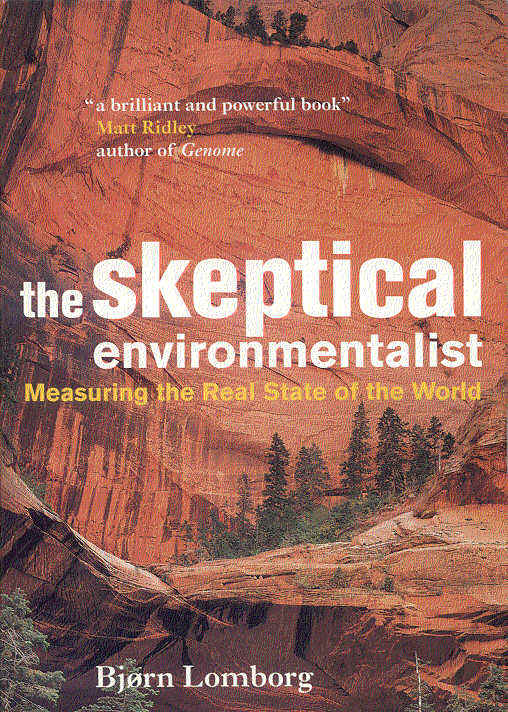 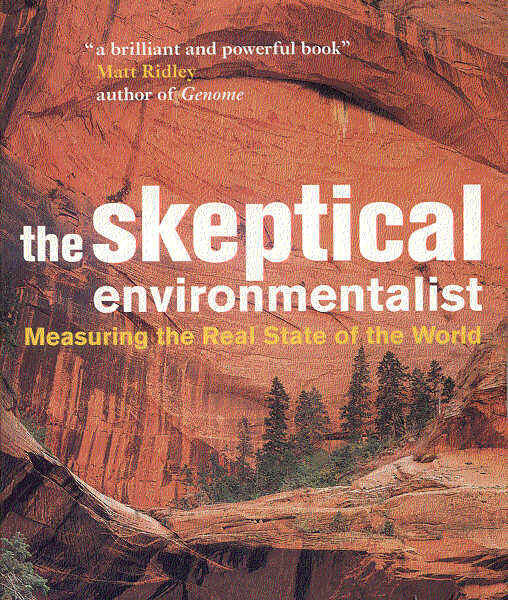 Many of his assertions in his most famous book, The Skeptical Environmentalist, have been repeatedly questioned by the Danish Committees on Scientific Dishonesty*, Howard Friel, Scientific American and the Union of Concerned Scientists.

It’s a pity that he doesn’t just go away quietly or come over to the enlightened side of the debate. Nevertheless, controversy sells lots of books, as even James Delingpole has sadly proven.

Lomborg is often quite a charming and convincing speaker and writer, who often raises legitimate challenges about the relative costs of curing diseases that kill millions today in comparison to the money spent on dealing with our environmental challenges. There are difficult choices.

I’m sure we’d like him if we met him in a bar, unlike the four horsemen of the climate apocalypse. He’s Danish, and they make Carlsberg. I hear it’s probably the best beer in the world. However, Lomborg’s environmental perspectives and insights are probably some of the worst.

He rather misses the point. Or several points, to be honest.

If he is right (and it is a massively contentious ‘if’ that has to ignore the overwhelming scientific consensus) and manmade global warming is relatively benign, he still does not address some fundamental issues of burning finite fossil fuels.

The main argument about our environment is not really about ‘global warming’, as this sounds jolly pleasant living on a cold wet island in the North Sea. The main issue is unpredictable and/or runaway climate change, in an only lightly understood system, our complex, non-linear, highly connected climate.

Making any statements with certainty about the climate – saying it will all be fine until about 2070 – is reckless and ignores the impact of tipping points. Something tips if the combined effect of many small changes pushes a system beyond its ability to cope, and chaos will ensue.

The tipping point where snow becomes an avalanche is 38 degrees (a fact that inspired the excellent eponymous organisation). 37 degrees is just fine. Run away at 37.9 degrees.

Whether Bjorn is either dead, has kids or not by 2070, many of our children will be. Deforesting at the rate we do, and defrosting the polar caps at the rate we are, certainly plays havoc with micro-climates and regional climate patterns, and these effects are cumulative. They affect the whole system and us all.

Pollution from air particulates caused by burning fossil fuels kills 1.3 million people a year globally, according to the World Health Organisation (WHO), and costs the UK an estimated £20 billion annually. That’s 8.5 times the level of the UK subsidy for renewables. Lomborg does not seem to factor that into his oft-mentioned cost benefit analyses; nor does he understand that air pollution is no respecter of national borders.

Burning fossil fuels may be a sign of economic growth in some regions as Lomborg stresses, but it is also the harbinger of respiratory-related illnesses and death. Just ask the people of China.

It’s also often the sign of hefty profits being reaped for developed world corporations and investors, with very little going back to local populations, other than pollution and ruined health.

Our relentless attack on wildlife’s natural habitat has pushed many species to, and some into, extinction. This is not only irresponsible and reckless. It also seems unwise, some would say unethical, to randomly end the existence of entire species.

Every living creature suffers from a degraded environment: dirtier air, toxic land and dead seas  (or in the case of the Aral Sea, a vanishing sea).

He also makes the bizarre argument that while more people may die from the effects of warming death from the cold will fall (WHO estimates that 150,000 deaths and 5m illnesses are related to global warming). There is no evidence to support the latter assertion.

Anything that is finite also runs out eventually. It’s finite, after all. Unless our economy learns to wean itself off burning fossils, we’re in for a bumpy few decades economically. As we point out, the tree-hugging US Department of Defence, Oil & Gas Journal and OPEC are far less sanguine than Lomborg.

We are clearly testing the resilience of our planet to breaking point. Even if global warming were not to wreak havoc on our society, our economy and our ecology, as Lomborg claims, it is manifestly wrong to argue that the burning of fossil fuels is essentially harmless, or a joyous thing.

Lomborg limits himself to a narrow debate about ‘global warming’, in a ‘look over here at this, just this, not over there at that’ attempt to distract us from what is really going on to our planet. He even presents himself as one who reasonably accepts that humans are probably responsible for the warming. This narrow analysis avoids a central truth about our planet’s systems.

The climate, the flora and fauna of which we are part, is interconnected and interdependent. When this sceptical environmentalist recognises that simple fact and uses his skills and intelligence to move the argument forward, we would all benefit.

Alternatively, he could just shut up and stick to political science – the study of the state, government, and politics. This is not climatology.

* The DCHS accused Lomborg of scientific dishonesty, including fabricating data, discarding unwanted results, misleading use of statistics, plagiarism and distorted interpretations of own and others results. While the book was found to be dishonest, Lomborg himself was found innocent, as he wasn’t qualified in subjects in question.

Lomborg subsequently fought back and had the decision invalidated, but mainly due to a lack of specific errors and lack of agreed definitions on good scientific practice, objective scientific dishonesty and that it was unclear whether the book was a scientific publication. This is damming in its own right.