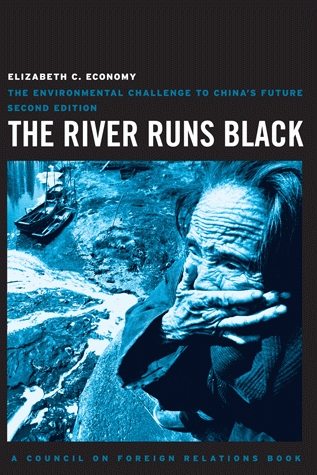 The River Runs Black: The Environmental Challenge of China’s Future looks at the impact rapid economic growth has had on China’s natural resources, environment and society in general in a bid to assess its future development.

The book argues that over the course of its development, China has depleted its natural resources, caused high rates of air pollution and degraded its local environment. These factors have contributed to issues with public health, mass migration and social unrest that could impact on the country’s future development.

Author Elizabeth Economy draws on historical research, case studies and interviews from a range of backgrounds, including Chinese officials, academics and activists, to assess and map the country’s economic and political roots where the environment is concerned and how China’s leaders have responded to the growing issue.

The book highlights the impact that globalisation has had on China and the far-reaching effects of political decisions that favoured economic growth. Despite analysing and offering an in-depth look at the challenges, the book is still engaging and readable for anyone interested in the environment.

In The River Runs Black, Economy argues that China’s current approach has led to flaws in its environmental protection, leading to irreversible damage in some areas, and outlines several possible futures for the country depending on how it responds to the challenges, from climate change to energy resources, the world is facing.