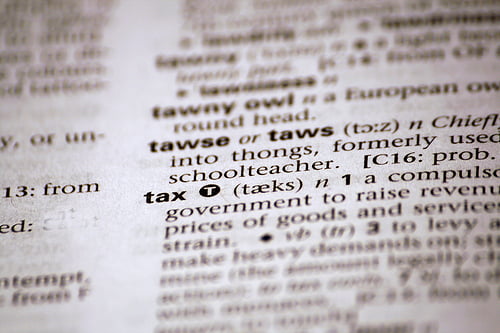 There are many mainstream options for ethical investors, such as funds which exclude certain sectors, like arms or tobacco, or which target specific themes, such as renewable energy or waste recycling.

However, investments with a restricted scope often struggle to compete with the wider market due to the comparatively limited range of options for the fund managers. This is where the potential to take advantage of certain tax breaks can add value to certain areas of green or ethical investment, particularly in the renewable energy, recycling and energy efficiency arenas.

Before we look at the potential tax benefits, it is worth considering that the ‘tax tail’ shouldn’t wag the ‘investment dog’ and the viability of the underlying investments should be considered on sound principles first.

The UK renewable energy sector is estimated to be worth £120 billion and is being driven by both economic and political factors such as rising energy costs and global concerns over climate change. With increasingly supportive government policy and regulation (under the target of the 2009 European Renewable Energy Directive, the UK must ensure that 15% of energy consumption comes from renewable sources by 2020) it is expected that this growing sector could be pushed to £150 billion by 2014-15.

Other initiatives supported by the government are also targeting energy efficiency, as electricity and gas prices have risen considerably above the rate of inflation over recent years and it is estimated that up to 30% of energy bought by businesses is wasted. In another sign of the government’s commitment, David Cameron stated in April that, “We are putting energy efficiency where it should be; at the heart of our energy policy”.

It would seem that the case for investing in renewable energy and energy efficiency is based on a solid ground, so what tax breaks could make such investments even more attractive?

The two principle structures which are used to provide access to these investment areas in a tax efficient manner are Enterprise Investment Schemes (EIS) and Venture Capital Trusts (VCT).

An EIS provides direct investment in unquoted companies which satisfy certain conditions regarding their size and type of trade. In exchange for holding for a minimum period of three years, investors benefit from the following:

– No Capital Gains Tax on disposal

Most schemes provide access to a range of underlying investments to spread risk, and estimated returns are generally high once the tax relief is included, although these are never guaranteed and like most investments there is a risk to the money you invest.

For example, a new EIS share bought for 100p would benefit from 30p tax relief, leaving a net cost of investment of just 70p. If you were then to realise say 112p from your investment four years later, your effective profit would be 60%, and this is tax-free.

VCTs in comparison are quoted collective investment vehicles similar to Investment Trusts. They were designed to encourage investment in to smaller companies by giving investors significant tax advantages. VCTs now have a minimum holding period of five years and investors benefit from:

– No Capital Gains Tax on disposal

Whilst the five-year holding period of a VCT may seem less attractive than an EIS for the same 30% upfront tax relief, the availability of tax-free dividends, especially where buying into an established portfolio of assets, can provide a real boost. Some VCTs offer tax-free dividends of around 5% per annum, which for a 40% tax payer would be the same as receiving a return of 8.33%.

There are a range of options available, with minimum investment levels starting as low as £3,000, although they will not suit all investors. The majority of schemes are only available for short periods as they seek to raise limited amounts of money for specific projects and the more popular schemes from experienced managers with strong track records tend to fill up fast.

It is therefore important to seek professional independent advice if you wish to consider such schemes as your adviser will be able to look at which options are available at the time and fully explain the risks as well as the potential benefits which you may receive.

In conclusion, these sectors offer excellent potential with support from government legislation driving the size of the market and government tax benefits providing additional incentives to investors.

Lee Smythe is managing director of Smythe & Walter Chartered Financial Planners, based in the south east.