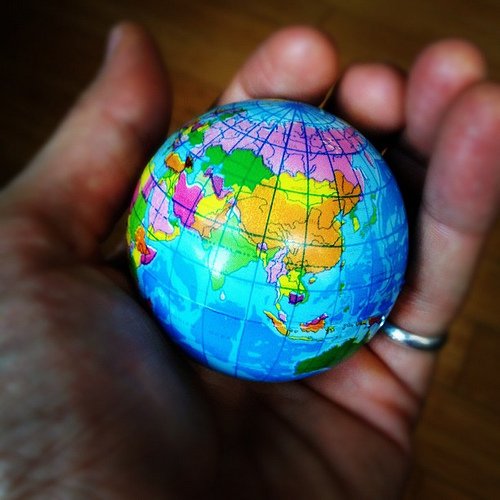 Joseph Iddison takes a look at some of the solutions to climate change and what these offer in comparison to one another; both short- and long-term.

Speaking at a TED event in 2007, David Keith, an environmental scientist, detailed the extent, or rather lack of extent to which we have dealt with current climate problems.

“People may think that the problem of climate change is relatively recent, and now with people actually beginning to do something that we may be on the road to a solution”, he said.

“The fact is, we’ve known about it for 50 years, and we have talked about it endlessly over the last decade or so, and we’ve accomplished close to nothing.”

Many scientists have offered mitigation and adaptation as responses to the world’s climate crisis. In contrast to each other, these two approaches offer differing resolutions to our ongoing energy needs.

Many agree with the definition of climate change mitigation being the much-needed human intervention in reducing the sources of greenhouse gases. Examples of this include using fossil fuels more efficiently for industrial purposes, switching to forms of renewable energy, improving the insulation of buildings and expanding forests and other ‘sinks’ to remove greater amounts of carbon dioxide from the atmosphere. The term can also involve the education in consumer behaviour, as well as altering organisational activities, towards being more environmentally-friendly.

Others have discussed the necessity in adapting to climate change, and how it is in fact more essential than reducing greenhouse gas emissions. Most adaptation being implemented at present is responding to current climate trends and variability. An example of which is the increased use of the Thames Flood Barrier and building more property on raised stilts. Some adaptation measures, however, are anticipating future climate change, such as the construction of the Confederation Bridge in Canada at a higher elevation in order to take into account the effect of future sea-level rise on ship clearance under the bridge.

Another line of tackling climate change is geoengineering, the calculated large-scale manipulation of the environment. It was first introduced in the 1830s with proposals to sow clouds to stimulate rain, and later on, to modify the path of hurricanes by seeding them with silver iodide. Most recently, geoengineering methods have been proposed, in addition to mitigation and adaptation, to counteract anthropogenic climate change.

Several see it as a necessary step to undo previous climate damage. The Institution of Mechanical Engineers argues that, in order for the UK government to realistically reach its target of carbon dioxide reduction of 50% by 2050, more engineering methods need to be adopted and implemented instead of relying on mitigation and adaptation.

“So our problem of climate change and preventing it is absolutely soluble”, Keith explained, attempting to address the financial, political and moral anxieties regarding geoengineering.

“Slowing emissions are intrinsically slow, because it takes time to build all the hardware we need to reduce emissions. Not only that, but when you cut emissions you do not cut concentrations, because concentrations is the sum of emissions over time. But with geoengineering, it’s quick.”

Scepticism over the practicality of the theory grows, however. Indeed, the majority of research into the topic has consisted of computer modeling or laboratory tests.

“Geoengineering in its simplest idea is putting particles into the upper atmosphere where they would reflect away sunlight and cool the planet. I know for certain it will work – not that there aren’t side effects – because it’s been done by nature.”

Referring to volcanic eruptions, Keith demonstrated the lower levels of heat kept in the Earth’s atmosphere.

“After these events you can see a cooling of the atmosphere because we’ve shielded the atmosphere. There are side effects, such as it partly destroying the 0-Zone layer, but it clearly cools down the atmosphere”.

Keith admitted, “We’re still in the middle of thinking about it, but so far it looks good.”

However, there have been serious concerns over the long-term effects of geoengineering, and how the technology could enable mass weaponisation. According to some, geoengineering began as a device for warfare in the 1940s, apparently for the US and Soviet Union during the Cold War. It is a popular concern among scientists and those in the field that the implementation of geoengineering could lead to global catastrophe, especially as the area is one with little proof or large-scale testing.

There could also be further implications for the technology, such as droughts and famine in areas where some sort of calculation was perhaps underestimated.

Nevertheless, the principle intentions of geoengineering are to aid our combat with climate issues.

“There is the view that, even though geoengineering is uncertain and morally unhappy, it’s a lot better than not geoengineering. It’s using this as risk control, not instead of action.” added Keith.