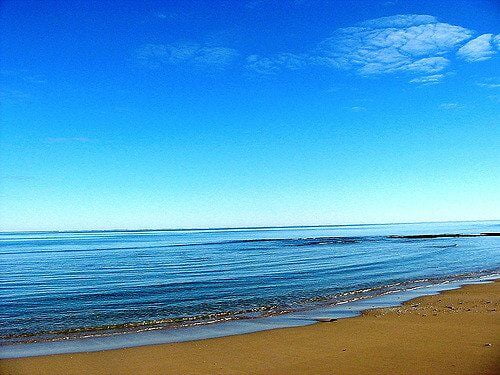 A collaboration has today been signed by leading ocean energy developer Minesto along with the Research Centre for Ocean Energy and Strategies at National Taiwan Ocean University.

The collaboration will include installation and ocean testing of a scale model and research on Minesto’s unique technology Deep Green.

“This is a breakthrough on a market with substantial potential to Minesto”, says Dr Martin Edlund, CEO of Minesto.

The collaboration agreement between Minesto and Research Center for Ocean Energy and Strategies (RCOES) was signed Thursday morning at a signing ceremony at the National Taiwan Ocean University in Keelung, Taiwan. Within the scope of the collaboration agreement, Minesto and RCOES will explore the potential for Minesto’s Deep Green technology in Taiwan.

The collaboration will gradually increase in scale and scope, starting with the installation of a quarter scale Deep Green power plant at an existing RCOES test site in Keelung. This joint demonstration project will allow Minesto and RCOES to perform long-term testing of the Deep Green technology in Taiwanese tidal streams.

“We are delighted to have come to this agreement with the RCOES. This is an important milestone in the commercialisation of the Deep Green technology and a breakthrough on a market with substantial potential to Minesto”, says Dr Martin Edlund, CEO of Minesto. “For successful local commercialisation of a marine energy technology such as ours, it is very important that local research expertise get the opportunity to research and verify the technology. That research will also make a significant contribution to the further technology development of the Deep Green concept”.

As a second phase of the collaboration between Minesto and RCOES, potential sites for commercial scale installation of the Deep Green technology will be developed. Considerable progress in this have already been made, as some potential test sites have been identified. At these sites, Deep Green would be exploiting low-velocity, continuous ocean currents. What makes Taiwan a high-interest market to Minesto is that Deep Green could be deployed in both tidal streams and continuous ocean currents. Studies show that the combined local potential of tidal and ocean currents could satisfy as much as 50 per cent of Taiwan’s future electricity demand.

“To expand into the low-velocity ocean current resource with a power plant in commercial scale will make an outstanding demonstration of the uniqueness and potential of the Deep Green technology”, says Dr Martin Edlund.

For RCOES, the collaboration with Minesto will allow them to develop expertise in ocean energy test site operations, including infrastructure build-up. It also presents the opportunity to conduct applied research on a novelty marine energy technology.

Professor Jiahn-Horng Chen is Systems Engineering and Naval Architecture at National Taiwan Ocean University and Deputy Director of the Research Center for Ocean Energy and Strategies:

“We see great opportunities for RCOES and the development of ocean energy in Taiwan in this collaboration with Minesto. To us, it is of highest interest to develop methods and best practises on renewable electricity production from the rich ocean resource which surrounds Taiwan. This collaboration has a tremendous opportunity to, in the long-term, be a significant part in a sustainable transition of the energy system in Taiwan”, says Professor Chen.

“Promoting economic relations between Sweden and Taiwan is best done by creating and fostering cooperation between different stakeholders; private business, decision makers and academic institutions. I am very happy – and indeed proud – to witness today the signing of a collaboration agreement between Minesto and RCOES. At Business Sweden, we look forward to provide any necessary support for this partnership to be successful.”