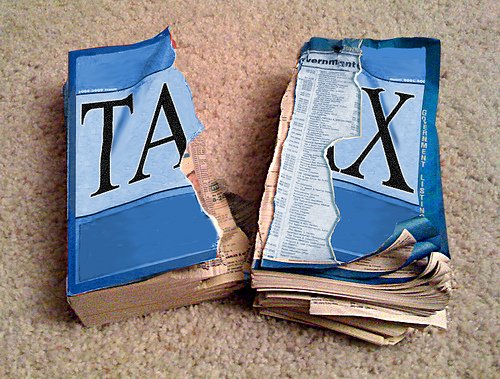 While public awareness towards the issue of tax havens and their potential negative implications has significantly increased over the past years, it still seems the political will to close gaps and loopholes in international tax law is rather marginal.

That is to say, while civil society organisations, NGOs and a range of practitioners have made serious efforts to highlight the costs and risks inherent in the use of tax havens and – to use another term – “secrecy jurisdictions”, regulations and proposals of government officials and supranational organisations have remained quite vague in terms of their concrete impact and practicability, or have been watered down in their final implementation.

However, a number of political actors have recently voiced their ambition to tackle the multiple forms of tax avoidance and tax evasion, also being aware of the connotations of neglecting the relevance of this topic in face of the global financial crisis. Recently, the distribution of tax data to international journalists by an anonymous source and the subsequent publication of this data, have again raised awareness of the topic.

In this context, estimates by Tax Justice Network of the global volume of assets held in tax havens range around the double-digit trillion euro range.

To quote another source, according to estimates by Global Financial Integrity from 2010, developing countries have lost an average $98-106 billion in the period between 2002 and 2006 due to manipulation of transfer prices in internal company trade.

To turn a blind eye to what these numbers imply with regards to public opinion, and in the light of tax money being spent to rescue global financial systems and corresponding austerity measures to finance these rescue schemes, is politically dangerous. Nonetheless, tax loss is only one negative dimension of this complex, global and well-established economic practice. Others include the risk of financial market and economic stability, facilitation of criminal activities, and financial crime.

Being aware of the above and having embarked on intense discussions with institutional investors and experts, Imug – the German research and sales partner of EIRIS – introduced a criterion on secrecy jurisdictions and tax avoidance in its ‘sustainability rating of bank bonds’ from 2011.

The research encompasses a universe of 127 international issuers of bank bonds and covers environmental, social and governance (ESG) indicators relevant to financial institutions and their business activities alongside sophisticated screenings of controversial issues.

After two years of testing this specific criterion, it can be stated that little has changed in how financial institutions deal with their responsibility of addressing the issue of secrecy jurisdictions. Fifty-seven per cent of the researched issuers had a physical or financial presence in tax havens or have been charged or prosecuted for tax avoidance/evasion matters over the past three years, while only 23% of the universe could prove the existence of a relevant policy or management system addressing the issue.

The methodology applied by Imug in its 2011 and 2012 research will be further refined in 2013 to incorporate more detailed analysis of qualitative contents of the respective policies and management systems in place, so it can be expected that even less issuers will be able to fulfil the required indicators in future ratings.

So far, Imug has only tested involvement in controversial tax matters and the existence of relevant policies and management systems, whereas in 2013 a number of indicators in line with expertise and research provided by internationally regarded governmental and non-governmental organisations will be applied.

As the current state of play among financial institutions in addressing the issue is rather weak, the findings might turn out to highlight the need for responsible investors to push for change.

However, some banks have introduced the first practical steps in addressing this issue, even though none of them can be seen as providing a best practice example. Moreover, the governments in France and UK have already chosen to apply stricter reporting rules for financial institutions, thereby providing better practice than some of their peers. There is still plenty of room for improvement.

A positive example that needs not to be left unmentioned here is the Foreign Account Tax Compliance Act (FATCA) in the US from 2010, which reflects an important development in efforts to improve tax compliance involving foreign financial assets and offshore accounts.

Here, it is not only the specific design of the act that is worthy of mention, but also the political relevance that economic reforms and regulations implemented in the US may have for national governments across the globe. In line with this, it can be stated that in public and political discourse, as well as among responsible investors in Germany, expectations regarding financial institutions’ transparency and responsibility in their dealings with secrecy jurisdictions and tax avoidance have intensified.

An active analysis of a financial institution’s own role in business activities in or via secrecy jurisdictions is therefore crucial for each financial institution. Otherwise institutions not only undermine national and international efforts to tackle social, environmental and economic challenges but also run the risk of being exposed to significant reputational, financial and legal damage.