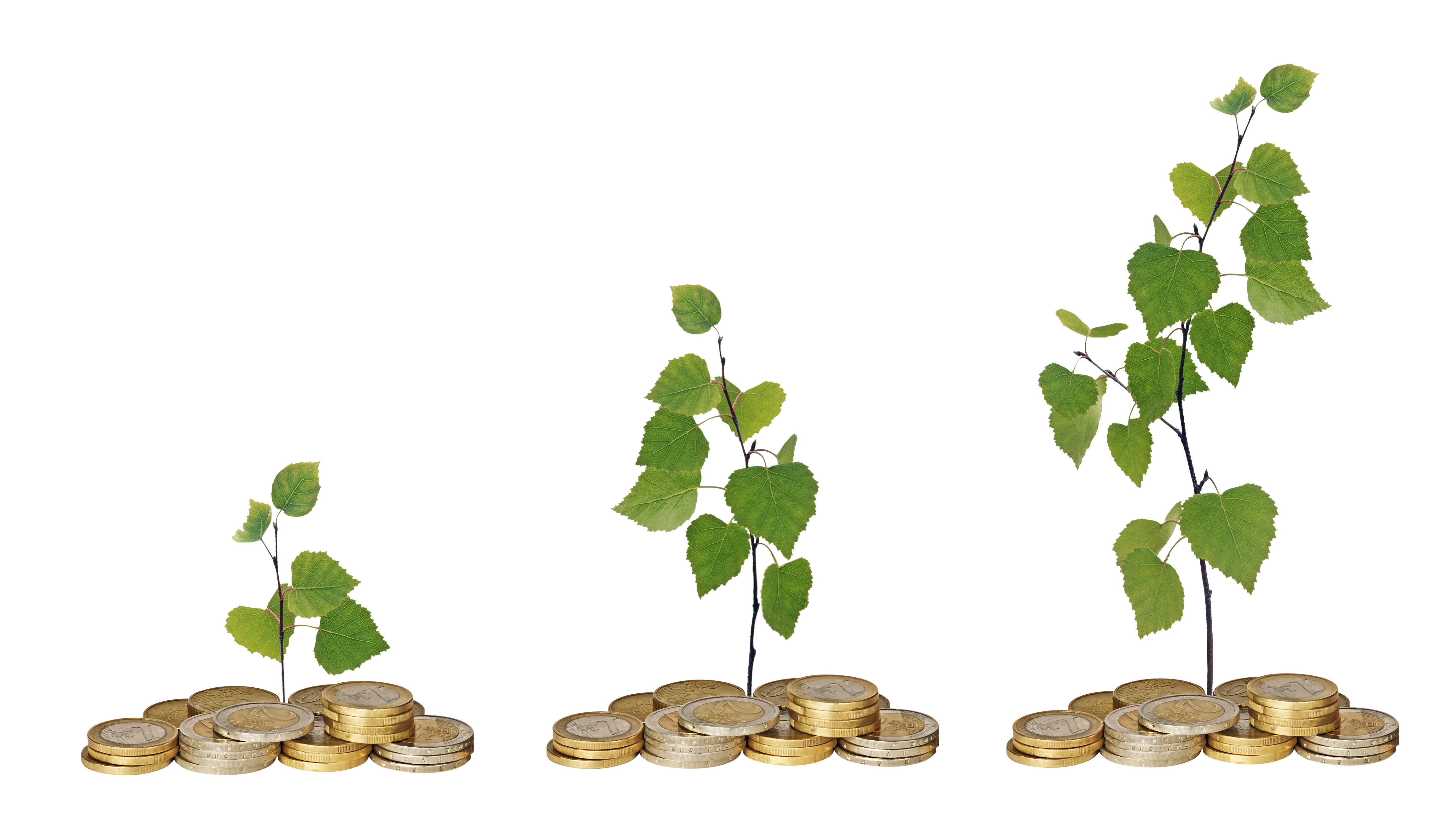 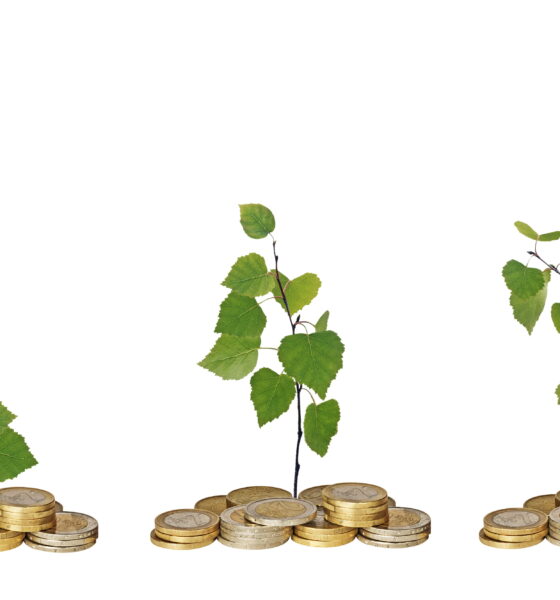 It’s a new tax year, and the opportunity to apply for 2012/13 ISAs has been and gone. But worry not; for Rebecca O’Connor, editor of Trillion Fund, is on hand to explain about the benefits of direct investment in renewable energy projects.

In investment, ‘early adopters’ are those who like to be the first to test the latest exciting idea – and the first to the early returns. This group of profit-seekers have had their interests piqued lately by opportunities to invest directly in renewable energy projects.

Hazel Capital, a fund manager offering direct investment opportunities in large solar parks around the UK, recently extended its offer to investors wanting to take a minimum £50,000 stake (so not exactly mainstream) in a solar park in North Norfolk, until April 12. It has a total target of £13.5m. The target return on offer for investors is an IRR – internal rate of return – of 8.2% (net of fees and taxes).

Meanwhile Abundance Generation, a platform set up for the express purpose of offering retail investors ‘debentures’ – essentially loans to projects in exchange for a return – is in the middle of a £385,000 raise for a solar farm in Kent.

Its investors can look forward to 6.3-6.7% a year for 24 years and can invest from as little as £5 – so more accessible, but potentially less profitable, than Hazel Capital’s raise.

So far, such deals are proving popular. The Norfolk project is the 12th raise for a solar park from Hazel Capital and the Hoo project is the third from Abundance. Most raises (see trillionfund.com/directory for a list of current opportunities) have offered investors an IRR of something between 6-8% – a great deal more than they could get on a cash ISA.

Internal rate of return needs some explaining to the uninitiated, as it is not as straight forward as an interest rate. The IRR is the expected amount that can be returned to investors expressed as an annual rate, but based on the total income the project is expected to generate over its life. So if you sold your investment early, you would not necessarily receive this amount.

The IRR for renewables projects can be predicted with quite a lot of accuracy because the subsidies they attract are guaranteed and because the amount of wind or sun present in an area is fairly constant.

A different kind of investment

The opportunity to buy an equity share or a bond in a wind farm or solar park is a different kind of opportunity to anything that has gone before, for a number of reasons.

First, the investments are direct. There is no fund and no manager pooling a large number of investments and allocating the pot across a range of companies and sectors. The money goes straight to the project once the offer period closes.

Second, they are long-term. Very long-term, in fact, at between 20 and 25 years because this is the length of time that the subsidy the project attracts is guaranteed for. Although this doesn’t mean ‘guaranteed’ returns – capital and returns are at risk with any kind of investing – it does give some predictability, which, if you are going to invest in something for a quarter of your life, you will need.

Such a long time frame might seem off-putting, but investing for the long-term is not new. Generally speaking, the longer you invest for, the higher your returns are likely to be.

Generally speaking, the longer you invest for, the higher your returns are likely to be

You could try to sell your investment before the end of the term, but one of the big disadvantages of direct investment in renewable energy projects is the illiquidity. Because of the immaturity of the asset class, if you buy this kind of scheme there is no secondary market (yet) in which to sell your investment. You’d have to find a buyer yourself.

Third: the returns look high relative to the apparently low risk levels. This again is mostly down to the subsidy (the feed-in tariff or FiT) that such projects are attracting. Developers are able to pay back investors more than they would be able to afford if the project was not in receipt of either the FiT – which was introduced by the government to encourage the installation of renewable energy projects rather than their fossil fuel-burning alternatives – or the renewable obligation certificate (ROC).

ROCs are digital certificates that are received by renewables projects. The number of ROCS a project receives depends on how much electricity it generates. ROCs can be traded – which means they can be bought by non-renewable electricity suppliers. They therefore represent an additional income stream for projects, besides the income they make from the actual electricity generated.

A fourth advantage to direct project investments: they are completely transparent. The idea is that you can see where your money is going, you can drive up to it, have your photo taken in front of it, and know that it is being used for a purpose that most of us agree is good because it is sustainable.

The principle is not dissimilar to buying shares in a single company that you know and like via a stockbroker. The differences are that these renewable energy projects are much smaller than the big household name companies that usually attract small sums from thousands of individual shareholders – and you do not need to use a stockbroker.

If you are buying an equity stake in an energy project, the principle is the same as a traditional stock investment – the value can go up and down in line with the company share price.

The purchase of a bond or debenture in a project, such as those available via Abundance, would result in a more stable return in the form of the IRR.

The benefit of a direct investment over investing in a green or renewable fund is there is no dilution. You know exactly what you are investing in and if the project does well and generates a lot of electricity, the performance of the investment is not held back by a poorer performing company in the fund.

The flipside of this of course is no diversification. In terms of risk, investing in a single project in this way is not unlike buying some shares in a single company like Tesco or ITV. So quite risky if you are not investing in other asset classes too.

If there is a hiccup in the electricity generation, the negative impact on the value of your investment will not be cushioned by a better performing stock, as it would in a fund. However because the electricity a wind or solar park will generate is quite predictable, based on the typical amount of wind or sun in an area, the performance of an investment in a project is likely to be less volatile than company shares.

Because the electricity a wind or solar park will generate is quite predictable, the performance of an investment in a project is likely to be less volatile than company shares

So how risky are they overall?  Well, all investments carry the risk of complete failure by their nature. You may not get all (or in the worst case, any) of your capital back. But it is useful to divide renewable energy projects into pre and post construction.

More established developers with projects that have been running for a few years and have already proven revenue streams are ‘post-construction’. They usually need finance to expand or re-finance existing loans and should be less risky than a ‘pre-construction’ investment in a new project, where more things could go wrong with the installation or parts. But the returns tend to reflect the risk and post-construction investments in established projects will come with a lower return.

For what it’s worth, the parts – solar panels and turbines – are usually insured for their working life. Renewables parts are quite popular with insurers because they are so reliable. So a technical failure (which is very unlikely) would not necessarily affect returns.

Because this kind of investment is relatively new, there will be investors who prefer to adopt a wait and see approach and get feedback from some of those early pioneers before leaping in.

Should you buy shares or bonds in projects just because you believe in renewable energy? People have been buying shares for reasons of the heart rather than the head for many years and the approach is usually frowned upon by advisers because it can lead to poor decision-making and a lack of diversification. Yet it remains a popular way of gaining exposure to the stock market because it allows the investor complete control over what they are investing in and it is easy to understand.

In theory, if you diversify all of your investments yourself then you don’t need to stick to funds. In practice however, a lot of investors might not diversify and find themselves exposed.

But for the early adopters, community venturers and return chasers, a direct investment in something that is worthwhile, potentially profitable and relatively secure, is likely to tick most boxes.