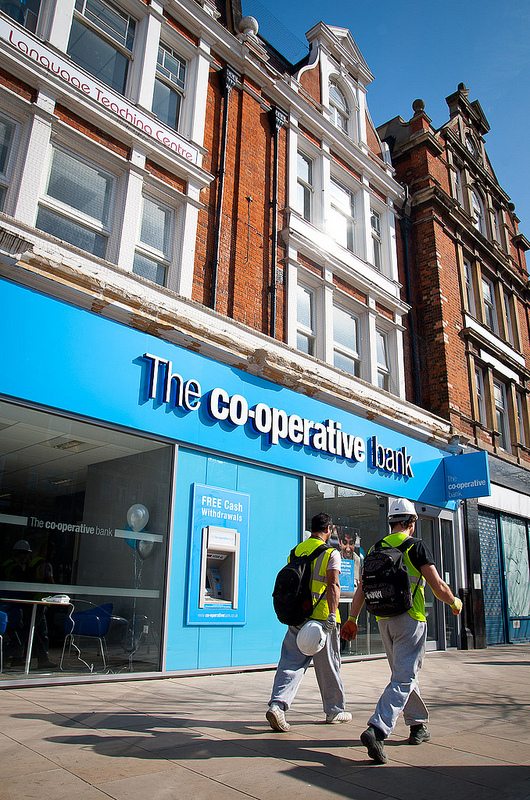 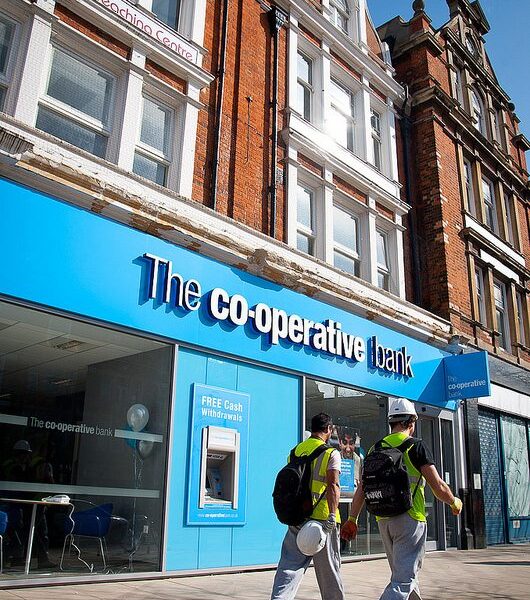 The Co-operative Bank’s ethical image has taken a hit in recent weeks, after being placed at the centre of events including the collapse of a deal to take over 632 Lloyds branches and the unveiling of a rescue plan to plug a £1.5 billion shortfall in its balance sheet. For some customers, it has all been too much, including Jo Owen, who writes about why she’s ditching the bank for Nationwide.

Eighteen months ago I made the decision to switch my current account away from Santander (where I experienced poor customer service and constant attempts to sell me unwanted products), to the Co-operative Bank, the flagship of ethical banking. And yet, here I am, in the middle of opening another new account, this time with Nationwide.

Although I’m not closing my Co-op account, I am moving everything across to the new account, so the Co-op is effectively losing my business. Why? Well, in May this year the news broke that the Co-op are in serious trouble.

There is a massive capital shortfall in its accounts, possibly as much as £1.8 billion. This ‘black hole’ was caused by the Co-op’s takeover of the Britannia in 2009. Britannia was struggling with a large portfolio of bad loans, and the Co-op had to absorb these into its own accounts.

This news followed the announcement in March that the proposed Co-op takeover of 632 Lloyds branches had collapsed, and the bank had suffered a surprise fall in profits of £634m in the 2012 financial year.  To cap it all, in May the ratings agency Moody’s downgraded the Co-op’s credit rating by an incredible six notches to ‘junk’ status as a result of these figures.

All this bad news left me shocked and baffled – how could the Co-op allow itself to be dragged into this unholy mess?

When I joined the bank, it was with a feeling of (it has to be said) rather smug satisfaction that I was getting my money out of the so-called casino banking system, where customers’ money is effectively used to gamble on the stock markets. I had long ago realised that the big banks no longer had their customers’ interests at heart; it was all about profit and huge payouts for their directors.

The Co-op seemed like a haven of good sense and ethical business practice, where customers’ deposits and investments were as safe as they can be in an uncertain financial climate. It all sounds very naive now, doesn’t it?

If we look more closely at the Britannia deal, it is clear that the Co-op’s directors were also somewhat naive in taking on a business that was in serious trouble. Britannia had been forced to write off bad debts of more than £40m shortly before the takeover, and then assured the Co-op that its commercial property portfolio (which had caused the problem) was ‘low risk’. As we now know, that was clearly not the case; hence the huge increase in the Co-op’s losses.

This all serves to underline just how precarious a state our banking system is in. The fact that a bank in a good state of financial health can be brought down by the debts of another institution shows how intertwined everything is.

It seems all but impossible for any bank to keep itself completely free of the mountain of bad debt which is threatening to bring down so many banks around the world. Surely if one bank falls, many others will follow as a result.

The news on Tuesday that Barclays bank has a £12.8 billion shortfall in its accounts (a far greater figure than had been expected) is just another example of this instability.

My feeling is that most people are only just waking up to this situation, but far too many are happy to ignore it and carry on as before; their money sitting in banks which are in turn sitting on huge piles of debt.

While the Co-op may well stagger on in some form, it can no longer be held up as a shining example of ethical banking, particularly as it has announced that some of its bondholders may have to accept a loss on their holdings. It’s becoming increasingly difficult to know where to put your money, which is why credit unions are looking a better option almost by the day.

My decision to open a Nationwide account was based in its status as a building society, in the hope that its first duty is towards its customers and not its directors’ bonuses. As I mentioned at the start, I’m not closing my Co-op account as I feel that it’s prudent to have more than one account these days; if one bank has so-called ‘IT glitches’ you have another one to fall back on.

All this goes to show that it may be easy to switch accounts, but the hardest part is knowing where to switch to. Ethical banking is not the simple choice that it used to be, but credit unions will surely benefit, as will building societies. Let’s hope they are up to the challenge.

Jo Owen is a part-time volunteer with the Birmingham Museum Trust, and has worked mainly in the voluntary/public sector as an administrator and housing adviser.