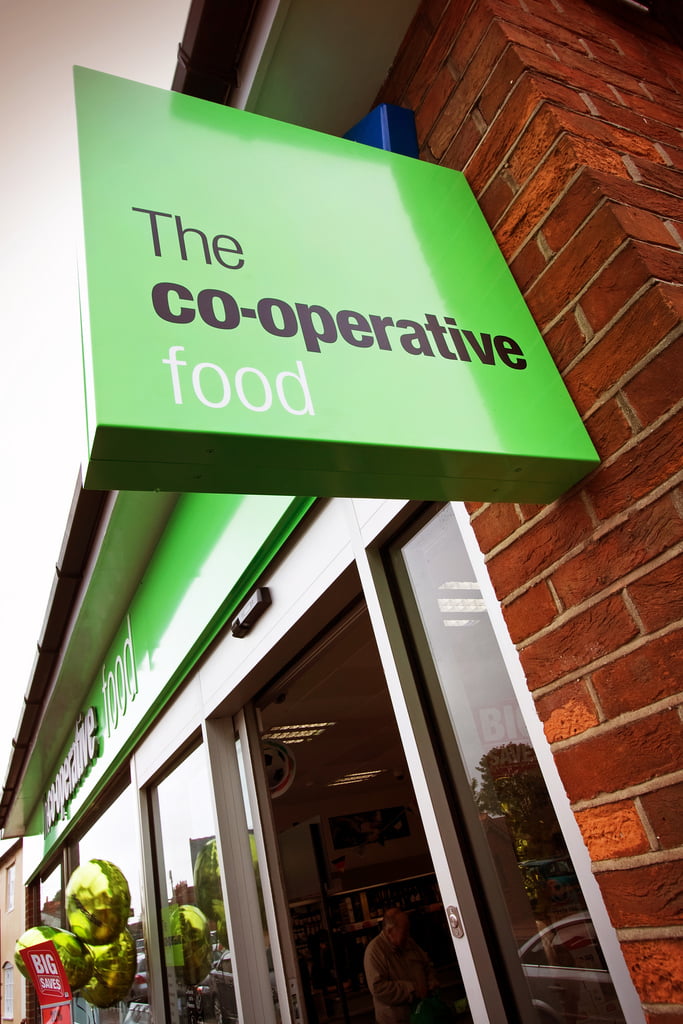 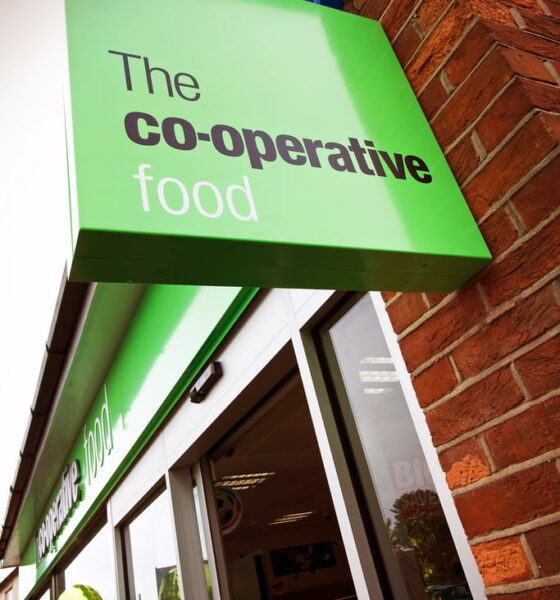 Ryan Brightwell, founder of Bright Analysis, looks at the history, the struggles, the opportunities and the future of ethical consumerism and ethical shopping.

This piece originally featured in B&GT’s Guide to Ethical Shopping 2012.

A short history of ethical consumerism

Ethical consumerism has come a long way in the last 10 years. Those who consider the impacts of their shopping decisions on society as well as on their wallets now find themselves in good company, with a clear majority of people in the UK now reporting that they are making shopping decisions based on their values at least some of the time.

It wasn’t always this way. You don’t need to cast your mind back too many years to recall a time when tracking down ethical alternatives, be it Fairtrade coffee, ecological cleaning products or energy-efficient light bulbs, required trips to one of a handful of specialist shops, and often meant paying over the odds for an inferior product. The last decade has certainly seen ethical shopping become less of a chore.

The Co-operative’s Ethical Consumerism Report has been measuring sales of a basket of broadly defined ethical products for over a decade, and its research shows sales growing from £16 billion back in 2000 to over £46 billion in 2011. This is still a small percentage of consumer spending as a whole, but it represents growth substantially ahead of overall spending. It also provides enough examples of products that have broken through to the mainstream for some patterns to emerge.

The mainstreaming of ethical products has typically followed a two-step process. The early adopters, those who stuck with ethical products in their earliest incarnations, have enabled the first stage. These ‘deep green’ consumers, always relatively small in number, have shown that a market exists for products that are better for the environment, society or animal welfare, and continue to buy these products, talk about them and lobby for their greater availability, while they prove their ability to deliver in terms of price and quality.

But we rarely see examples of ethical products that have hit the mainstream through enthusiastic consumer take-up alone. This has taken a second push, which has come either from the big retailers and brands, which still act as gatekeepers to the mass market, or else from rare examples of progressive legislation to remove ‘bad’ choices from our shelves.

Fairtrade coffee and energy-saving light bulbs provide useful examples. Since the launch of the UK’s first Fairtrade coffee in 1988, Fairtrade has grown its share to reach over a quarter of all roast and ground coffee sold in the UK, and sales growth has continued to be strong through the wider economic downturn. According to the Fairtrade Foundation’s coffee briefing earlier this year, much of the recent growth in the market is due in large part to retailers such as The Co-operative, Sainsbury’s and Marks & Spencer who have switched their entire range of own-brand coffees to Fairtrade, greatly increasing its availability.

Looking at energy-saving light bulbs, the compact fluorescent has been on our shelves for decades, offering energy savings that more than outweigh the additional cost in just the first year of use. Yet as recently as 2009, the old-fashioned tungsten bulb was still more widely purchased. Green and economical consumers stuck with the new technology, but others were put off by the harsh light and longer warm-up times of the earlier models. In August this year, the lights finally went out for the tungsten bulb after EU legislation effectively banned their sale. In this case, smart legislation has done more for the mainstreaming of the energy-efficient bulb than 20 years of market forces.

Struggling to get out of the ethical niche

Those ethical products which have made a real breakthrough to the mainstream unfortunately remain the exception rather than the rule. In particular, some products with real potential for societal transformation have remained stuck in an ethical niche.

Sales of electric cars, for example, remain in the hundreds rather than the thousands each year, despite the potentially huge carbon savings (at least when powered from green electricity). This is despite hopes that 2011 would prove to be “the year of the electric car” following the introduction of a £5,000 government grant for each one purchased. The Climate Change Committee, which advises government on meeting its climate commitments, wants to see 1.7 million electric cars on the road by 2020. While charging stations and (even better) battery switching stations remain practically non-existent, even the greenest members of the motoring public will be reluctant to help us start out on the long journey towards meeting this target.

Similarly, installing micro-generation technologies like rooftop solar panels, also offering potentially transformative environmental benefits, remains a niche activity. Government intervention to boost installation has blown hot and cold, singularly failing to provide any long-term certainty, as years of inadequate and over-subscribed grant mechanisms were replaced in 2010 with the introduction of feed-in tariffs, only for these to suffer drastic cuts just a year later.

It is not just the ‘big ticket’ green investments where progress towards the mass market has been less than swift. Clothing is also an area where trying to consume responsibly is as difficult as ever. Clothing supply chains are notoriously long and complex, with potential for labour abuses throughout the manufacturing process, from the harvest of raw materials like cotton through to the final assembly.

On the high street in particular, finding responsibly-produced clothing remains problematic. Chains like Marks & Spencer, with a reputation for taking corporate responsibility seriously, are as likely to be hit by sweatshop scandals as the likes of Primark, much maligned for providing clothing at ‘throw-away’ prices, particularly by those who can most afford to shop elsewhere.

The Clean Clothes Campaign, which has been working to improve conditions in the global garment industry since 1989, advocates taking action to raise workers’ rights issues with manufacturers. Its week of action against Adidas following their refusal to grant severance pay to 2,800 Indonesian workers after the closure of their factory is just the most recent example. But the Clean Clothes Campaign stops short of endorsing boycotts in the clothing sector, due to their potential to take away the source of income of the low-paid workers that their campaigns are designed to help.

Positive choices like recycled, organic, fair trade and even second hand clothing are available, with alternative brands like Gossypium and People Tree featuring on Ethical Consumer’s best buy list. However, 20 years on from the global boycott campaign against Nike, concerned shoppers are still left to weigh up the risks, with limited and imperfect information.

Ethical products have recorded strong growth over the last decade, and this growth has continued in most areas even through the economic downturn. Yet the amount spent on ethical products and services still represents a small fraction of its potential, so there is plenty of room for further growth. But what form will it take?

We can expect that the best-known ethical labels and standards, from Fairtrade to MSC fish and FSC timber, will continue to become more widely available. And unfortunately for us as consumers, we can expect still more standards and labels to emerge. According to one estimate, there are already over 400 ‘eco labels’ in the marketplace; a proliferation which undoubtedly generates confusion for the public and means that these labels need to shout louder to attract our attention. The more ethical labels move into the mainstream, the less effective they become as a way for companies to demonstrate ethical leadership and the uniqueness of their product, and this dynamic will continue to create a space for new labels to emerge.

As the Fairtrade brand has become more widespread and recognised, products aiming to show deeper benefits for producers in developing countries are growing in number. One way of doing this is through companies that are owned by the producers – not just growers’ co-operatives, but co-operatives which also package and distribute the product. Divine Chocolate, part-owned by the Kuapa Kokoo growers co-operative in Ghana, has pioneered this approach, but remains almost unique. Another is to target Fairtrade support to communities in particular need, as with Zaytoun, a company founded with the aim of creating a market for Palestinian products in the UK.

Also looking to move beyond Fairtrade is the burgeoning direct trade movement among premium coffee roasters wanting to develop direct relationships with particular growers to ensure they can source their highest quality coffee. Direct trade can pay additional premiums over and above the Fairtrade price, to incentivise quality. The model also allows roasters to work with individual farms operating outside of co-operatives, or unable to achieve Fairtrade certification due to the fees involved. Direct trade currently looks like the main source of competition from those who see Fairtrade’s impact as becoming diluted; however it faces a challenge in convincing the consumer that it can provide an ethically sourced product without a recognised label and certification scheme.

In the future, those ethical products which do successfully move out of the mainstream will find themselves subject to more scrutiny than ever before. The recent scandal at Noble Foods, Britain’s largest egg producer, is illustrative. Farms supplying the company were alleged to have used workers trafficked into the UK from Lithuania and forced to work in slave-like conditions. Media coverage of the issue focussed on the eggs certified to the RSPCA’s Freedom Foods standards, and particularly the Happy Eggs brand, showing how products that place themselves on an ethical pedestal find themselves with furthest to fall.

Perhaps the greatest challenge facing the producers of ethical products is the reality of the need to consume less. Oft-cited research from WWF shows that if everyone lived like the average European, we would need three planets to live on. Patagonia scored a PR success last year by taking the unusual step of asking its consumers to buy less. But we’ll need more ambitious and more wide-ranging efforts from business to encourage lower consumption if we’re going to live within our planet’s natural limits.