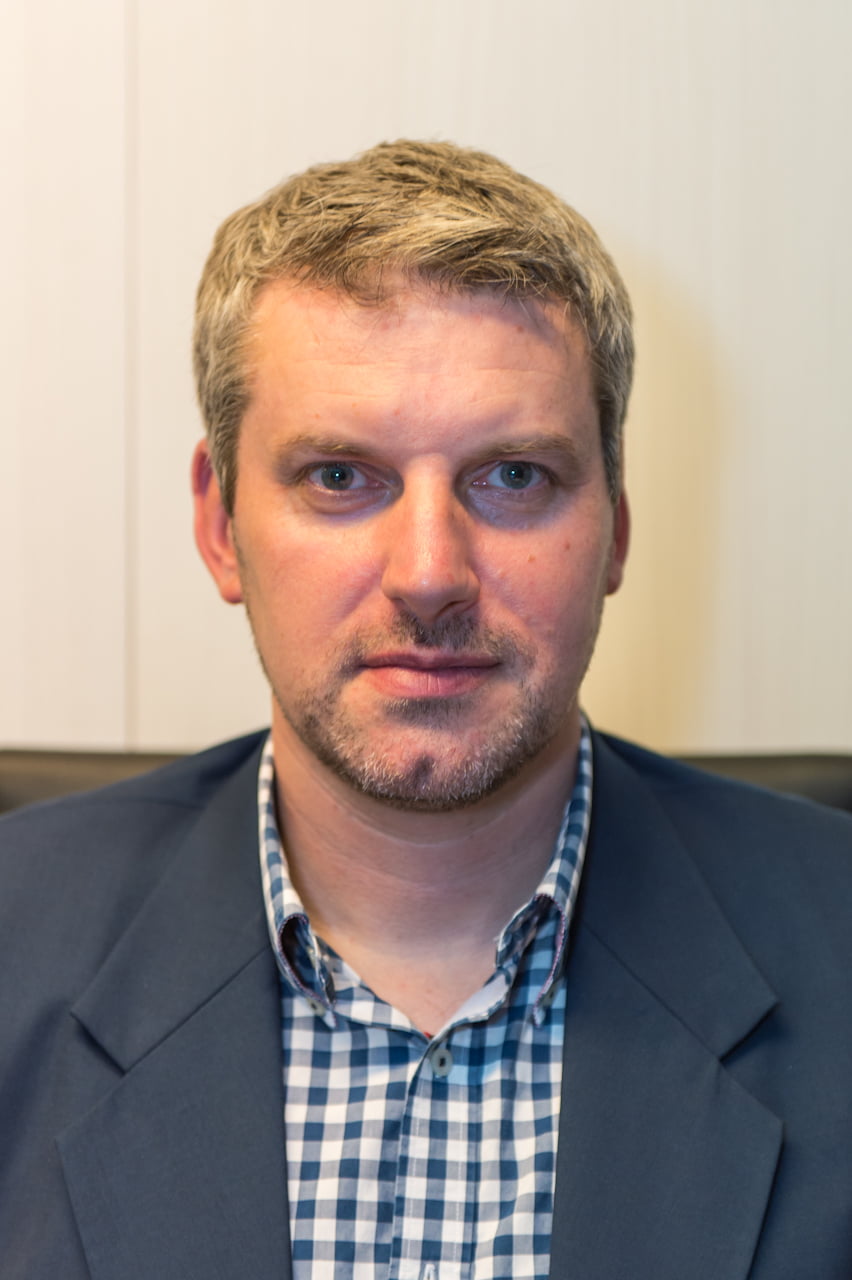 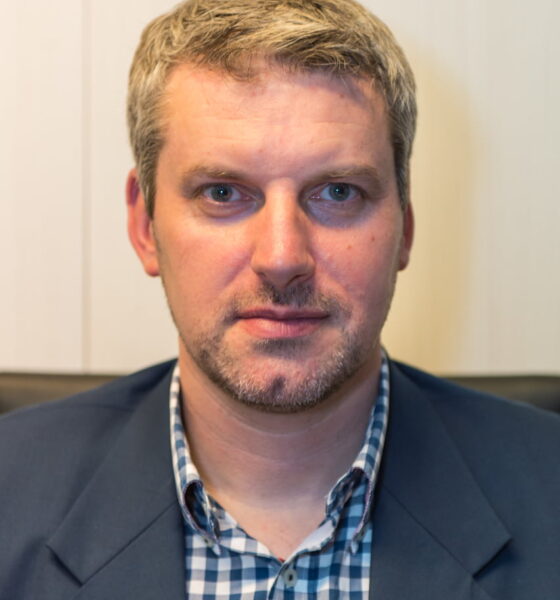 Ethical investment: doing something decent with your money

Two of the fastest growing ethical investment markets are agriculture and forestry. And, as its National Ethical Investment Week, Alex Blackburne caught up with Michael Young, director of Sustainable Capital and fund advisor to the Sustainable Resources Fund, about investing in sustainability. He starts by outlining the shift that’s currently taking place.

I think an increasing number of people want to do good with their money and not just speculate for speculation’s sake. In 2008, we saw a major crisis in the banking sector and the effects of that crisis are still with us. A lot of people had a lot of wealth destroyed, and what capital they do have to invest, they just don’t want to speculate anymore.

A lot of people out there would look at ethical funds and think that maybe the return is going to be less than a mainstream investment, but the difference isn’t enough to motivate them to pursue returns and only returns, so instead, they’re going to do something decent with their money.

So profit is no longer the primary motivation for investors?

I did an awful lot of research on the motivations for investing in this asset class, and return was I think fourth or fifth down. Strategic investment, ethical investment and getting exposure to a new asset class were all more important motivations to intelligent, well-informed investors than the headline return.

Traditional portfolios consist of everything from hedge funds, equities, fixed interest and so on, but all of those things crashed in 2008. Even if the eurozone collapses, we all need to eat every day and we all use wood every day of our lives, and people see the benefits of that asset class over and above pure return potential.

I don’t think people are looking for the best returns anymore; they definitely want to do good with their money

I don’t get beaten up on returns – people would be very happy with an 8% return and they would be extremely happy if we able to achieve 15%. I get a lot of high quality projects in my inbox that have a serious chance to achieve 15%. The return potential is there, but it’s not the primary motivation for most of the people I’m speaking to.

As we’ve seen this week, £11 billion is invested ethically in the UK, but that figure is still dwarfed by the value of the conventional investment industry. Do you think that investors aren’t given the option to invest ethically or sustainably enough, or that they’re simply after the best returns?

I don’t think they’re looking for the best returns anymore. We’ve seen companies like Friends Provident that since the mid-‘90s have had ethical funds. People definitely want to do good with their money.

People are angry with their money, angry with the big banks, angry with the way the debt bubble exploded and how the government has failed to react properly to it, and they’re thinking to themselves, “How can I invest my money so that I’ve got a chance of making return but also I’m not damaging other people?” An awful lot of investments that people have made have been zero sum investments. You profit at someone else’s expense, and a lot of people don’t want to do that anymore.

I think demand for investment products full stop has been weakened too over the last few years, and the market as a whole is going through a fairly difficult time. If 1-2% of money is invested in ethical funds now, that might grow to 5% which will be an appropriate proportion of a person’s portfolio to invest in such assets. I think it will simply grow but if it’s struggling to grow presently, I think that’s a function of fairly weak risk appetite across the whole industry, not just the ethical investment industry.

Explain a bit about the Sustainable Resources Fund.

It’s a Luxembourg domiciled and regulated fund – with a similar structure to the UK unit trusts. It’s an opportunity for well-informed investors, family offices and institutions to gain more diversified exposure in the asset class across agriculture, biomass, forestry, farmland, and we’re looking to invest in phase one which will be about $100m across ten projects with each around $8-12m in size.

Because it’s an Islamic compliant fund, the vast majority of interest we’re getting is from strategic investors in Saudi Arabia, who are interested in the fund but primarily because they see it as a route to securing the uptake of the agricultural projects. Many of them have diversified interests in food distribution and production companies, and in the same way that China has been pursuing a policy of energy security for 20 years, Saudi Arabia is pursuing a policy of food security. They’re interested in the asset class and the individual projects.

What makes the fund sustainable?

We’re looking to invest in commercially-viable, environmentally-conscious projects that will relieve the pressure on the forestry side of the business; so for example, we’re looking at a very large project in West Africa which is on previously deforested land. If we reforest the land, albeit on a commercial basis, then we employ the local population, pay them decently, look after them and plant trees, then not only will we supply a commercial solution to the demand for palm oil, we’re also making a productive effort to help the local community and reforest land that was previously deforested. If you can combine the needs of the commercial marketplace with the needs of communities and investors, then I believe we can qualify for the term ‘sustainable’ in every sense.

We’re looking to invest in commercially-viable, environmentally-conscious projects that will relieve the pressure on the forestry side of the business

Why is investment in these areas important?

The clichéd response would be that there are seven billion people on the planet, the population is growing at 200,000 a day, there has been indisputable evidence of climate affecting the land and there is demand for food, so we would like to diversify the fund and take it away from being just a reforestation project to meet complimentary needs which is food production.

The response we’ve had from prospective investors is that they’re interested from an ethical and environmental point of view in investing in forestry assets like teak but their primary motivation is investing in agriculture and farmland because they see the clear need and they understand that the asset class is negatively or zero correlated with traditional portfolio constituents such as equity. So as well as the ethical case for reforestation and the demand of food, they also see it as a useful addition to their wider portfolio.

Discussions at the 8th Annual World Islamic Funds and Financial Markets Conference (WIFFMC 2012) in May this year predicted exponential growth for the Islamic investment industry. Why do you think ethical funds often chime well with Islam?

If I gave readers just one piece of advice, find a highly-qualified, very experienced independent financial adviser who has a track record of putting their clients’ needs first

It’s National Ethical Investment Week this week. How important do you think this is in spreading the word about ethical investment?

I don’ t think the man on the street would know it is National Ethical Investment Week, but for the FT Sustainable and Ethical Investment Conference that I’m speaking at tomorrow for example, there will be a lot of very large companies that have a small exposure or a small interest in ethical investing, and I would hope that they would embrace the philosophy of ethical investing and invest money in launching new products that not only meet the needs of the investing public but also are commercially-viable for the companies themselves.

If there is a shortage of new ethical investment funds being launched, it’s because companies don’t want to risk the capital to break out into what is a smaller niche area until they can be sure that they’re going to get enough subscriptions and the economies of scale to make the funds profitable and I think that’s reasonable. We can’t expect companies to launch funds at a loss in the hope that one day in the future they may be attractive to investors. But if they invest the money and communicate the benefits of that fund to prospective investors, I think the industry can grow.

What would you say to potential ethical investors to encourage or inspire them to invest in this way?

I would say that they need to look at their portfolio, they need to analyse the help of an investment professional to determine where they’re exposed presently and they need to think to themselves what assets are missing from their portfolio that are appropriate to their return, risk and liquidity needs.

I would say that I empathise with readers who have seen some of their wealth eroded over the past five to six years, and if I gave them just one piece of advice, find a highly-qualified, very experienced independent financial adviser who has a track record of putting their clients’ needs first, and have a discussion about the shape of their portfolio, what their objectives are going forward and make a decision with the help of the adviser. If that adviser highlights a Sustainable Resources Fund or another ethical investment vehicle, then I would be delighted, but I’m more interested in readers getting good, professional advice so they can meet their investment objectives.

Investing ethically is a process with ‘intrinsic benefits’