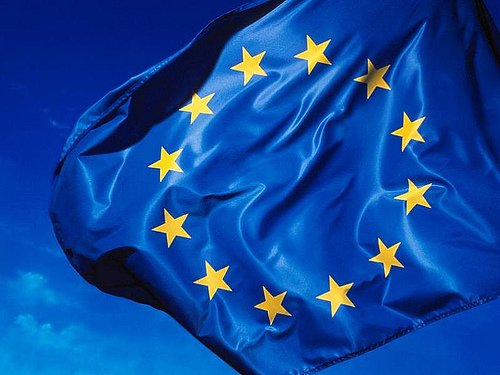 All but two of the 27 EU member states boast public support for clean energy in excess of 50%, but only eight derive more than 20% of their gross energy consumption from renewable sources.

A Blue & Green Tomorrow infographic shows that while there appears to be little correlation between perception and implementation, what is clear is that elected officials across the continent are not in line with their public when it comes to energy.

In five nations – Austria, Portugal, Denmark, Spain and Germany – public backing is above 80%, and each appear in the top half of the table that ranks countries on the percentage of renewable energy in their total 2011 consumption, which includes electricity, industry and heating.

In the UK, 62% of respondents to the recent European Commission survey into air quality said that renewables should be given priority in the energy mix over the next three decades. This is despite clean power accounting for just 3.8% of the energy consumption in 2011.

However, there is some room for optimism among UK readers, after the Department of Energy and Climate Change’s Renewable Energy Roadmap recently said that the contribution of renewables in the UK’s electricity mix had increased by 27%, so that 10% now derives from clean sources. 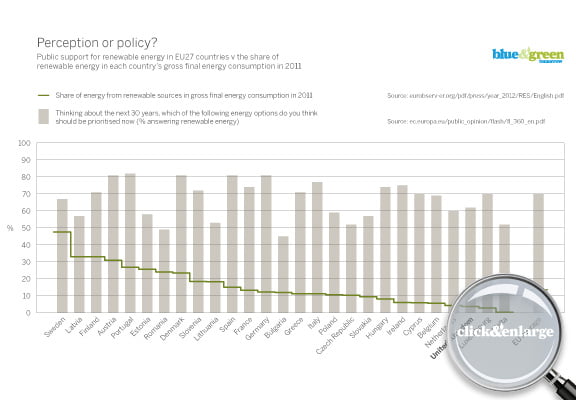 Sweden – the country with the highest share of renewable energy in its total consumption, with 47.6% of its power coming from sources such as solar, wind, hydro, geothermal and biomass – has slightly lower-than-average public backing, with 67% of Swedes in favour, compared to the EU average of 70%.

Conversely, 70% of people in Luxembourg – where only 2.8% of energy is renewable (just ahead of bottom-placed Malta) – see clean energy as a priority in the next 30 years, while Hungary and Ireland show above-average support, despite having relatively low renewable shares.

Less than half of Romanians and Bulgarians want more renewable energy – the only two EU member states to display a minority.

All 27 nations have targets for renewables to account for a higher proportion of their gross final energy consumption by 2020 – ranging from 10% in Malta, to 49% in Sweden. Estonia and Romania are the only two countries to have met their respective targets nine years early.

One of the fundamental requirements for countries wishing to become EU members states that they must have “stable institutions guaranteeing democracy, the rule of law, human rights and respect for and protection of minorities”.

This infographic analysis shows that even though the vast majority of the public in many of the 27 EU nations back renewable energy, governments are failing to fulfil their democratic responsibilities by listening to, and acting upon, the long-term needs of society.