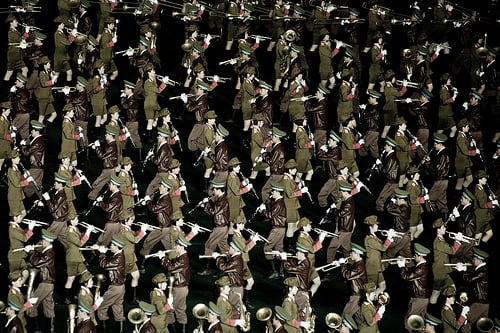 North Korea is currently threatening nuclear attacks against both the US and South Korea. Ilaria Bertini looks at whether the advantages of nuclear as a power source are outweighed by its ability to wreak havoc and destruction in the form of missiles.

Whenever we write about nuclear energy, we always highlight both its positive and negative aspects. On the one hand, it could provide a large amount of carbon-free power; but on the other, its waste storage and safety represent a serious problem.

We often conclude that it might be a necessary evil in the fight against climate change.

However, these are not the only issues that a nuclear-based energy strategy might face. The strong link between nuclear energy and nuclear proliferation, better known as dual-technology, means that the technologies needed to produce energy from nuclear can easily be turned into weapons, if a country decides to do so.

North Korea’s recent nuclear threats to the US and South Korea, and the US’ mirrored response, are clear examples of what dual-technology means.

Despite a considerable amount of international treaties, there are some countries – such as India, Israel and Pakistan – that are not signatories. Effectively, these are able to rapidly build nuclear weapons, if they want to.

The risk, therefore, is that other countries will then equip themselves with nuclear weapons in order to fend off possible menaces. This does not mean, though, that we have to invest in nuclear. Instead, proliferation serves as a stellar reason not to do so.

Have we already forgotten about the world war two bombings and the horrific effects of atomic radiation on the Japanese people? And what about the nuclear tests in the Pacific carried out by France and the UK, among others, which have affected thousands of people’s lives and severely impacted on the ecological balance?

Some experts, including Pierre Marie Gallois, have said that nuclear proliferation might contribute to global stability, because the simple threat of nuclear weapons might be enough to keep all nations calm and ensure peace.

This theory has been pulled into question after current events in North Korea.

Even if nothing happens this time around; even if North Korea is bluffing, is a terror strategy – a so called ‘nuclear peace’ – the right means to provide global political and cultural stability?

And above all, is it worth to invest in nuclear if it ends up being a dangerous and devastating weapon of mass destruction?