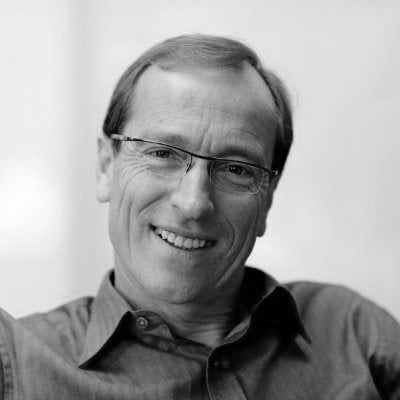 After a career in manufacturing businesses, Mark initiated the RSA Tomorrow’s Company inquiry into ‘the role of business in a changing world’. The resulting report, published in 1995 led to the creation of Tomorrow’s Company as an independent, business-led think tank. It also laid the foundations the redefinition of the directors’ duties in the 2006 Companies Act. In recent years he has concentrated on the issue of board and investor responsibilities for stewardship, co-authoring a report with the Institute for Family Business on Family Business Stewardship. Today he speaks to Blue & Green.

In 140 characters or less – what is Tomorrow’s Company?

A London-based, internationally influential think tank working with leaders and policymakers in business and investment to inspire and enable companies to be a force for good.

What was the driver for creating Tomorrow’s Company- what gap did it fill?

I worked in UK manufacturing for 15 years and sensed a dissatisfaction inside and outside companies about the role of business. The business philosopher Charles Handy then persuaded me to work at the RSA, where, inspired by a lecture he gave asking ‘What is a Company For?’ we started to bring CEOs and chairmen together to answer his question.

There was so much interest that we then created a business-led inquiry into Tomorrow’s company – the role of business in a changing world. The conclusions of the inquiry were that companies needed to focus on a clear purpose and strong relationships if they wanted to generate value. This directly influenced the change in directors duties in the UK’s new 2006 Companies Act. It was the CEOs involved in that inquiry who then urged me to create an organisation that would carry forward the agenda.

We have always put purpose, values and relationships at the heart of our vision of successful business. Tomorrow’s Company stays close enough to business to make its conclusions practical but aspirational enough to challenge and stretch businesses and investment institutions to adapt and change. It bridges the visionary and the practical.

What difference does Tomorrow’s Company want it to make?

Tomorrow’s Company aims to inspire and enable companies to be a force for good, both by working with individual companies on their journey and by working with investors, advisors, policymakers regulators  and educators to influence the way companies are led, governed and stewarded.

Economic orthodoxy  and mistaken assumptions that tell us that people are only motivated by money and that the price of a share tells you what you need to know about a business.

Ironically the critics of capitalism and many commentators too often mirror and reinforce this dogma. Instead of working with all the human beings in business and investment who want to find better ways forward they stand outside the system and condemn it. They are wrong. There are millions of people working in business and thousands of good businesses which do have a purpose beyond profit and a focus on relationships. Every one of us is a saver who has a stake in the investment system and the challenge is to give our human concerns more voice.

(I talk about all this in my book Living Tomorrow’s Company – rediscovering the Human Purposes of Business which was first published in India in 2013.)

For 20 years we have worked with generation after generation of business leaders who share our belief in the human purposes of business. They have helped us develop an integrated and systemic  approach to business success in which clear purpose and strong values lay the foundations for robust culture,  productive relationships and a focus on long term success.  We work with them in very practically focused forums where like-minded people from very different companies learn from each other and develop an agenda for action which others can follow.

We are also helped by the growing body of research that demonstrates that this approach is the best way to create long term profitability and value for investors. Again I cover this in my book and we will also cover it in the forthcoming report of our Futures Project early in 2016.

And there is a growing Tomorrow’s Company community of individual supporters, business advisors and alumni who are ambassadors for our work.

You’ve been with Tomorrow’s Company since inception in 1995, what’s the biggest shift you’ve seen in company behaviour over that period?

To start with the negative, and to focus on the UK, my answer would be to point to the preoccupation within the system with delivering cash returns to shareholders at the expense of investment in the business.  Our current research (to be published early next year) is concluding that the UK has one of the lowest levels of investment in fixed assets amongst the OECD, and this is falling.

This is partly because the UK has made the greatest transition away from manufacturing towards the lower capital intensive service sector. Therefore more worrying is that the UK also has the lowest level of expenditure on R&D amongst major economies and this is falling. In the UK politicians talk of moving from manufacturing to a knowledge economy, however the evidence shows we are under-investing in both.

Furthermore, companies are now net savers in our economy. Companies came into existence to act as conduits for investment, to take money from individuals and the government to carry out investment. This has now reversed; companies in aggregate are net savers in our economy, lending money to consumers and the government to buy the goods and services the company’s provide.

There is a strong connection between this company behaviour, and the irrational economic dogmas I was talking about earlier. Individual clients and beneficiaries  are told that they are best served by this ‘asset sweating’ approach to shareholder value. The evidence of the last two decades is that quite apart from its inhuman impacts, quarterly capitalism has actually served investors badly.

Is company action today commensurate with the massive economic, social and environmental challenges we face?

The best examples of company action are those where companies have collaborated and worked with civil society organisations and governments to tackle problems together. Marine Stewardship Council, EITI, action on Palm Oil. Or in a different way the Carbon Disclosure Project.

And the best  businesses  do have extraordinary capacity to innovate – look at something like M- Pesa  in Africa.

But these admirable innovations are dwarfed by the scale of challenge we face within what we call the triple context of environmental, socio-political and economic systems.

How can people – individuals and organisations – find out more about Tomorrow’s Company?

How international is your influence?

I am finding that these ideas have spread strongly round the world. In particular We have strong relationships with a number of companies in India, and a strong partnership with Stewardship Asia, based in Singapore. In 2007 we published Tomorrow’s Global Company – challenges and choices. That’s a vision of the role of the global company in a changing world. It preceded michael porter’s work on Shared Value and actually offers a much deeper and more business-led analysis of the opportunities and threats faced by global companies.