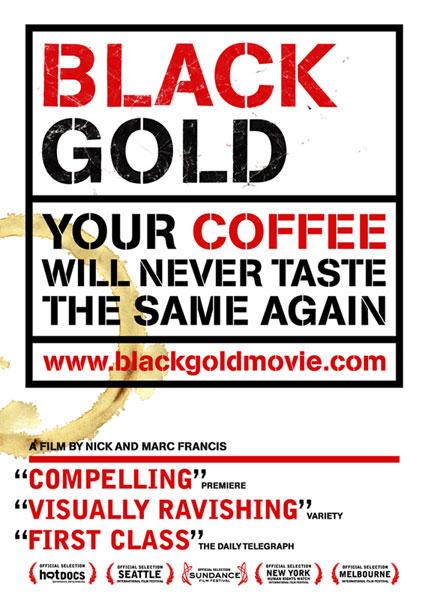 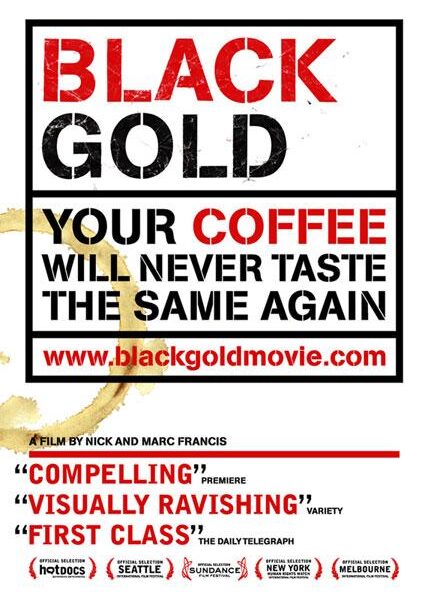 Black Gold follows the manager of an Ethiopian coffee union attempting to save his 74,000 struggling farmers from bankruptcy. As the farmers strive to harvest some of the highest quality coffee beans, Tadesse Meskela travels the world seeking buyers who will pay a fair price.

Coffee is one of the world’s most valuable trading commodities, yet for many of those working in the industry they receive so little financially they are struggling and considering alternative. One such farmer tells how he is cutting down his coffee plants and instead planting khat, a stimulant, because of the low price coffee fetches.

Meskela is shown travelling in London and Seattle and the challenges he is presented with demonstrate the power of multinational companies and other players have. The film also explores what impact the international price, which is set each day at the New York Board of Trade based on supply and demand, has on Ethiopian coffee farmers.

The film highlights how important it is to pay a fair price for produce if Africa is to progress from aid to trade. Despite the serious issue the film cover, it is humorous and light-hearted in places and will keep viewers engaged.

Black Gold successfully shows the stark contrast of life as a coffee-drinking westerner and those that grow the plants. The film makes viewers sit up and think about how their shopping habits can have a huge impact elsewhere in the world.