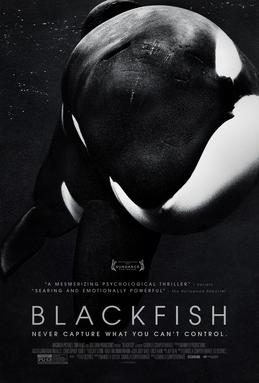 Blackfish is a powerful documentary investigating the immorality of keeping killer whales at theme parks. The film focuses on one Orca, Tilikum, which has been involved in a number of attacks on trainers, including some that have been fatal.

The filmmakers tell the story of Tilikum’s life, from his capture off the coast of Iceland in 1983 to his time at SeaWorld and his involvement in the deaths of three individuals. The story is used as a means to explore the consequences of keeping orcas in captivity and the ethics behind it. It is thought provoking and often makes the viewer consider our relationship with nature and wildlife.

A number of people are interviewed throughout the documentary, including people from wildlife groups and former SeaWorld trainers, giving an insight into the practices of marine theme parks and the effects of captivity on killer whales.

The film has received positive reviews and led to the issue being debated in the wider media and the public. Amid the controversy the film had stirred up, attendance figures for SeaWorld fell 13% in April.

The archive footage shown throughout Blackfish is used to emphasise and support the arguments made and is likely to shock viewers. Blackfish remains a must watch for all those concerned about the welfare of animals and those that have visited marine theme parks in the past.