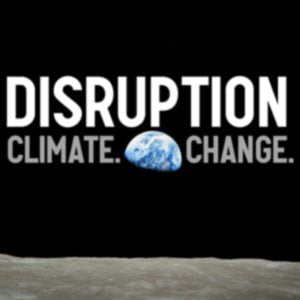 Disruption looks at the consequences of our inaction when it comes to climate change, arguing that this is an issue everyone can and should be involved in.

The documentary looks at the science behind climate change and the growing consensus that humans’ activity is causing the impacts, such as extreme weather event, and these effects are set to worsen. It also looks at why there has been a lack of action despite the knowledge we have, examining the political process and the interests of industry.

Whilst looking at the devastating effects, the film is positive, following the people that are trying to make a difference and calling for action. It takes a look at behind-the-scene efforts to organise the largest climate rally in history during a UN world climate summit.

Interviews with some of the top environmental leaders are used throughout to give viewers a deeper understanding and alternative perspective. Overall, the Disruption is a call to action, Eddie Bautista, executive director of the New York City Environmental Justice Alliance, explains that climate change isn’t just about the environment, but much more, from communities to jobs.

In the film, Naomi Klein, an author and social activist, states, “In the past, masses of people have taken the wheel of history and turned it. We have a responsibility to rise to our historic moment.”