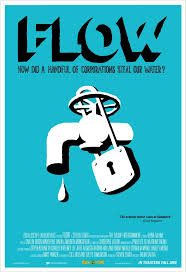 Flow is an award-winning documentary that investigates the global water crisis and examines how the resource is becoming increasingly privatised, asking the question, ‘Can anyone really own water?’

As the effects of climate change continue to be felt around the world, water is increasingly becoming a vital resource that is under pressure and in demand from communities and businesses. How we manage water will be crucial to our lives and economies in the future. However, Flow reveals how water is becoming privatised and what it means for people, with one interviewee arguing the industry is immoral.

The film demonstrates how water management is a global issue that affects us all, from a lack of safe drinking water in developing countries to the bottled water industry, which has very little regulation and raises environmental concerns, in developed nations.

One of the most interesting concerns raised in the film is the concept of ownership. The film argues that, like air, water is a transient substance that should not be owned. Despite this the documentary examines the privatisation of water supplies in developing counties, including Bolivia, and the effects of water companies taking over supplies in wealthier areas such as Michigan, US.

The film includes interviews with scientists and activist, who reveal how the water crisis is building, at both a global and human scale, and introduces those in government and corporations that the filmmakers say have caused it.

Despite the gloomy and alarming nature of the film, Flow does offer people and institutions with practical solutions to the water crisis. It also showcases those developing new technologies that could have a positive impact.