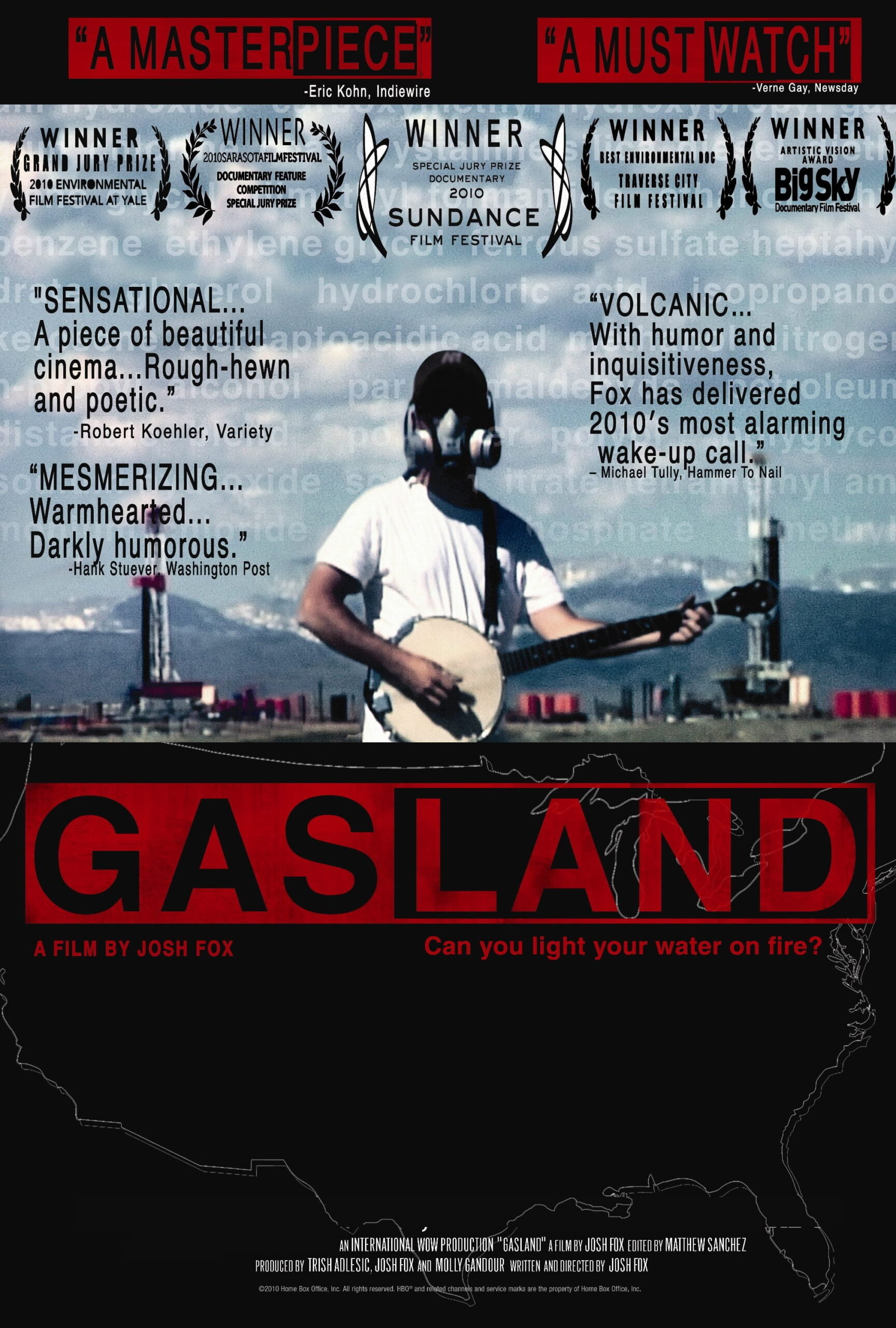 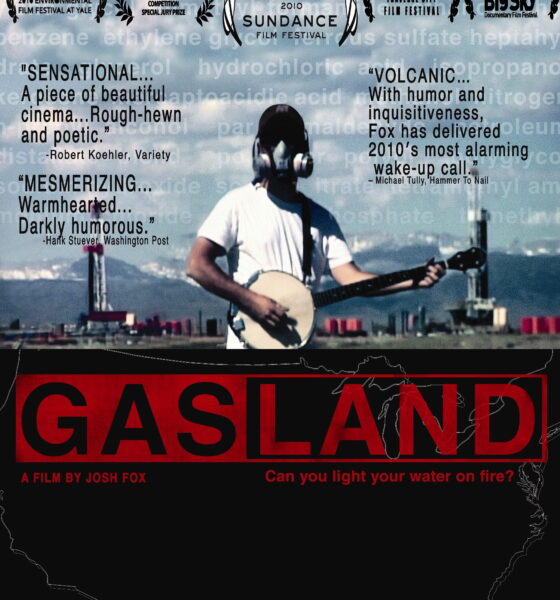 The 2010 American documentary GasLand focuses on communities in the United States that have been impacted by natural gas drilling, specifically by the method known as fracking.

After receiving a letter from a natural gas company offering to lease his family’s land in Pennsylvania, writer and director Josh Fox sets out to find how communities in the west, where fracking has been underway for the last decade, have been affected. The documentary shows the scale of the long-term consequences profit-seeking fracking corporations can have.

The film argues that fracking causes long-term devastation on both the environment and people’s health. Poisonous water supplies are shown to be entering into homes, as footage shows several houses where water can be set alight at the tap. In addition, the film highlights how the economic interests of a few corporations appear to be placed ahead of the lives of thousands of people, wildlife and the environment.

The subject is tackled with sensitivity and is factual whilst still being easy to follow.  The footage is full of interviews allowing viewers to understand the argument against fracking. Josh Fox has also created a follow up film, GasLand 2, which takes a broader look at the dangers of fracking and examines the gas industry’s portrayal of natural gas as a clean and safe alternative to oil.

The documentary is a must see and is particularly poignant now that the fracking debate continues within the UK and rest of Europe.