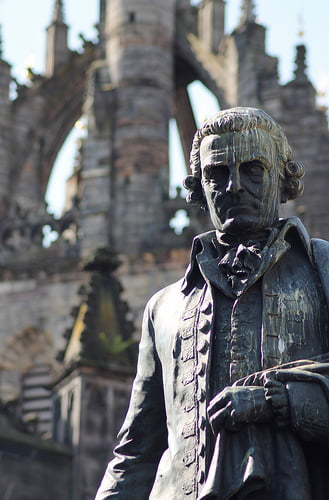 Capitalism is often described today as being in crisis. This overstates the case. Like democracy, it’s the worst form, except all those other forms that have been tried from time to time.

The true spirit of capitalism – an individual or group identifying a genuine need or want and finding a way to fulfil it efficiently – brings out one of the most innovative and creative impulse in humanity.

Many of the things we take for granted have been created due to that impulse. While we clearly undervalue clinicians and teachers, amongst others, the creation of wealth has lifted billions out of lives that were nasty, brutish and short.

But capitalism today does not represent this beneficial innovative and creative impulse. Rather, businesses that become large enough acquire any disruptive competitor, stifle innovation through patents, lobby for a regulatory framework that keeps out starts-ups, use covert methods to avoid accountability and silence genuine consumer or citizen protest. Rather than championing capitalism, they distort it to their advantage.

Oligopoly and monopoly is not capitalism. In financial services, pharmaceuticals, retail, transport, energy and far too many other industries, big has become the enemy of the good.

Not only have large corporations secured a political, legal and economic advantage, they also demand a financial one through favourable tax rules, which amount to a massive global subsidy of private profit. When they fail, they also expect to be bailed out, nationalising losses and keeping profits private.

This concerns us most in the areas of financial services and energy. But most large companies avoid the real costs of their activities; the externalities, such as pollution, waste and human misery.

Banks and other financial institutions remain too big to fail or continue to argue that they need to be big to invest or compete. This is a systemic risk that governments nationally and internationally seem unwilling or unable to tackle. Rather than labelling things ethical, responsible and sustainable, we need to actively label those companies who are unethical, irresponsible and unsustainable.

Reckless financial speculation has no part in the vital economic role that financial services play in keeping people’s money safe, providing income and growth on savings and investment and by lending and investment for essentials.

In terms of energy, the cosy relationship between oil and gas exploration, fuel retail and energy companies does not want the community-based, decentralised, limitless, clean energy generation that renewables offer. Their howls of indignation at subsidies for renewables are only outweighed by the tax breaks they receive at a ratio of 2.6:1.

At a community level, those most vociferous in their objection to wind farms would equally oppose a nuclear-, gas-, coal- or oil-powered power station on their door step or nuclear waste being stored anywhere near them. Anywhere, but not in my backyard is the new mantra.

Complaining about wind turbines that you can see, but not about toxic air particulates from burning fossil fuels that you can’t, is naive at best; wilfully ignorant at worst.

The risk-taking, profit-seeking mentality of capitalism and entrepreneurship has delivered huge benefits to society. But it is incumbent on those who support capitalism to recognise its flaws. Sensibly scaled companies that recognise their economic, social and environmental responsibilities are a good thing.

Many free market thinkers worry excessively about the fettering done to markets by national governments. Increasingly, we are far most concerned in the fettering done by global corporations. Especially those that do not have our long-term interests at their heart. That is, all of them.

Restrictive corporate capitalism isn’t the same as free competitive capitalism. In fact, it’s a perversion of it and it is time our government stood up to and for free markets.

While this message may be unpalatable to many environmentalists or neoliberals, real progress will come from responsible capitalism.