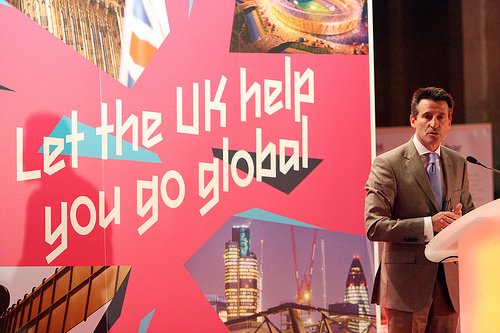 Five years ago, Lord Coe promised that this year’s Olympic Games would be the “greenest ever”. But with a distinct disregard for sustainability seeping out of the cracks, Alex Blackburne dishes the dirt on the “greatest show on Earth”.

If you believe (some of) what you read in the media, the London 2012 Olympics appears to be a virtuous event on the sustainable global calendar.

But the sealing of lucrative sponsorship deals with unsustainable companies—BP, Dow Chemical and Rio Tinto to name three—added to the distressing figures surrounding the impact of the event, the 2012 Games are destined not only to leave a huge mark on the sporting world, but a dirty great footprint on the planet, as well.

Lord Coe’s promise of “the greenest ever Games” is losing substance at a rate of knots.

Case in point: the event’s Carbon Footprint Study from March 2010, which includes some rather worrying statistics.

For instance, “The London 2012 reference footprint is estimated to be 3.4 million tonnes of carbon dioxide equivalents”. That would place the Olympic Games, which lasts just short of a month in total, 130th on a list of countries ranked by annual carbon dioxide emissions, according to 2008 figures.

That’s just behind Nepal, and just ahead of New Caledonia.

The Carbon Footprint Study continues: “Most of the carbon emissions will occur pre‑Games.

“These arise from the construction of venues, the delivery of the transport infrastructure, and the fitting out and ‘dressing’ of the venues and Olympic Park.

“Most of the remaining operational activities and emissions attributable to spectators occur at Games‑time.”

The emissions of the games would be less of an issue if plans were in place to offset the carbon produced. But, in August last year, the Games organisers announced that they would be scrapping their offsetting pledges.

“Officially, if you want to go down certified carbon-offsetting, all projects have to be overseas, so if we plant a lot of trees in Essex that just doesn’t count”, said David Stubbs, head of sustainability at the London Organising Committee of the Olympic and Paralympics Games (LOCOG) in a Bloomberg report.

“Because the Games are in the UK, we wanted to maximise the Games locally. Doing formal offsetting would be diverting things.”

Let me make something clear: I’m not against the Olympics. In fact, I appreciate and encourage its almost unrivalled ability to inspire generations, unite entire nations, and potential to inject millions into the country’s economy.

However, unfounded proclamations made by the people at the very top of the tree added to contradictory affiliations with rather unsustainable companies are difficult to condone.

We recently wrote about a new campaign called Greenwash Gold, which aims to highlight the ill-conceived involvement of BP, Dow Chemical and Rio Tinto as event sponsors.

The campaign serves an eye-opening purpose; highlighting the fact that all sponsors must be able to justify their involvement in promoting a global event with underlying sustainable themes beyond the ability to throw cash at the organisers.

Indeed, having BP as the official Sustainability Partner and Carbon Offset Partner, as well as the official Oil and Gas Partner “beggars belief” for more than a handful of people.

With the London 2012 Games, Lord Coe and the rest of the organising committee had the opportunity to convey a strong message to the world—that the Olympics can be sustainable.

Sadly, that opportunity has passed. The search for profit has taken the Games down a well-trodden path, and fiscal success still remains to be seen.

Rio 2016 has a lot of ground to make up, but given the fact that it will also play host to the United Nations Conference on Sustainable Development—otherwise known as Rio+20—one month prior to London 2012, we have high hopes.

If you are interested in sustainable investment, please take time to read our new guide, which recognises that sustainable businesses will be the successful businesses of the future.