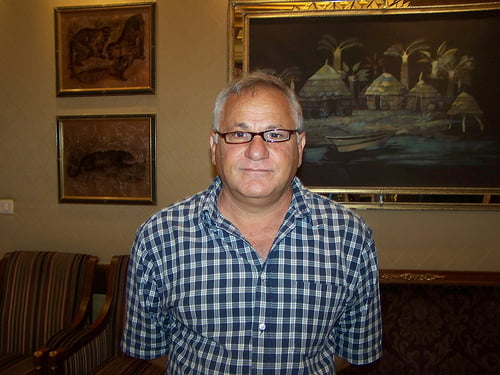 After kicking off this series profiling environmentally-minded politicians yesterday with Marina Silva of Brazil, Charlie Wood writes about Haïdar El Ali, the Senegalese ecology minister, who is at the forefront of the Africa’s green movement.

An achingly slow green revolution has been burgeoning in Africa over the last 40 years, but things have started to speed up a tad of late.

On somewhat fallow ground, the late Kenyan Nobel laureate Wangari Maathai campaigned tirelessly for environmental awareness from the ‘70s until the end of her life in 2011, and thanks to her Green Belt Movement, millions of trees were planted in her native country to combat soil erosion and provide wood for sustainable development.

Her efforts sowed the seeds for other environmental activism within the continent, and by the early ‘90s, the African Green Party movement had spread as far and wide as Morocco, Mauritius and the Ivory Coast.

Parliamentary representation followed, with Maathai becoming a Kenyan MP in 2002 after a failed presidential bid, and since then, prominent green activists have begun to take positions in national governments, most notably Burkina Faso’s Ram Ouédraogo, a former minister for national reconciliation, and Haïdar El Ali, the current Senegalese minister for ccology.

El Ali has been a vigorous campaigner against destructive overfishing in Senegal, and expertise from his previous job as a diver came in handy in 2009 when launching a successful campaign to retrieve thousands of fishing nets abandoned in the ocean.

He is a founder member of the Oceanium Dakar, a Senegalese non-profit organisation for the conservation and protection of natural resources, and has used the proceeds from commercial activities to promote awareness of oceanic conservation – often offering free training and scholarships to underprivileged residents of Dakar with an interest in environmental preservation and self advancement.

El Ali also followed Maathai’s example in Kenya by leading a campaign to plant 100m mangroves (tropical trees or shrubs) in the Casamance region of Senegal, of which 30m were planted in 2009 alone.

He assumed his current role as ecology minister less than a year ago, and will need time to make a difference as a politician rather than as an activist.

It is encouraging, however, to see a figure from the margins of African political discourse rise to such a promising position within government. In the words of former minister Ouédraogo, “Much is yet to be done in both regional and continental levels. We can be hopeful today because future support looks brighter.”