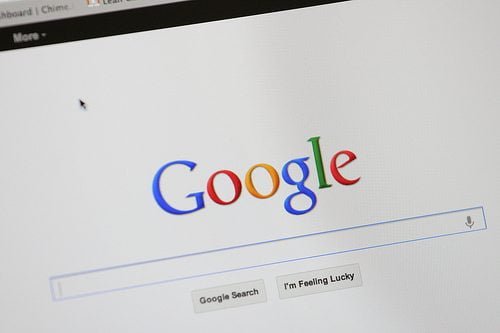 On the 4th September 1998 Google was founded in Menlo Park, USA. Little could Larry Page and Sergey Brin (both born in 1973) have imagined that it would become the global behemoth it is today.

From the start, its mission was “to organise the world’s information and make it universally accessible and useful“. The unofficial slogan is “Don’t be evil”. The company listed in 2004 and moved to Mountain View, California in 2006. This is the Googleplex… which sounds just a little bit evil.

Today the company has revenue of over $50 billion and profits of just under $11 billion. While it has unsurprisingly exceeded the market capitalisation of fellow technology leaders (it is currently #2, above Microsoft (#3) and Apple (#1)) at times, it always, always features in business and consumer Superbrands.

It even has its own verb entry in the OED, “to Google” .

There is no equivalent for Microsoft or Apple. Unless you count “To PowerPoint “ (verb)’ to bore your audience with endless slides of bullet points, often with pointless animation and appalling clip art.’

Google has gone a long way towards achieving its aim of making the world’s information universally accessible. Very, very few people in the developed world will not use the eponymous search engine, maps, youtube, analytics, cloud hosting, the android operating system, or the biggest revenue stream for Google, Adwords  – as advertiser or consumer.

As this article from Alliance Trust points out the company divides opinion for investors.  Simon Clemens summarises the divide, “Energy efficient data centres, investment in new sources of renewable energy, and the purchase of carbon offsets are some examples of measures which Google takes to minimise its overall environmental impact. In 2012, Google was recognised by Greenpeace for its contribution towards promoting the economic benefits of investing in clean energy.”

“The company also ranks very highly from a social and human capital point of view. It understands its people, or ‘Googlers’, are the key to its success. Google has a policy that software engineers spend 20% of their time on independent projects, the source of many of the company’s most popular products. It also provides an incentive for employees to develop and nurture their innovation skills, as well as ensuring Google remains an employer of choice.”

He goes on to say that conversely, “when it comes to its corporate governance structure, Google does not rank so highly. The existence of a dual voting share class ensures the two founders and the chairman control more than 70% of the effective voting rights, giving minority shareholders little influence.”

That the business has a global market share of 71% for search (90% in the UK and 3% in China), should worry those who believe in free markets where disruptive competition is king, and the essential key to innovation.

Concerns are rightly raised about such a dominant corporation concerning its approach to copyright, censorship and privacy. That the NSA and GCHQ can access their data is disturbing, but the same concerns apply to Facebook from the digital age and News Corporation from the analogue age.

The company’s tax structure also raises issues for those who believe there is a duty for companies to pay tax.

Overall, Google has done less evil than most corporations of equivalent size and easily won the search war in the developed economies. That said, their position is no unassailable. Upstart Facebook won the subsequent social war (67%), just as Microsoft won the preceding PC operating system war (77%) and office software skirmish.

Samsung is currently winning the mobile handset war, but has a cool challenger in Apple, and between them they only have 49% of the market, meaning the ‘others’ may rise. China’s sheer size also represents a challenge for the global market share of Google, who has had issues with the country’s regime.

The most interesting challenge for Google however, is to transform itself from a company that does no evil, to one that only does good. Impossible? With Sergey Brin and Larry Page’s original pre-IPO commitment to work for the company until 2024, we’re confident they have the vision and motive to do just that, if their shareholders and fellow Googlers let them.

Happy Birthday Google. Thank you for making the world’s information accessible and useful these last 15 years – has it only been 15years?