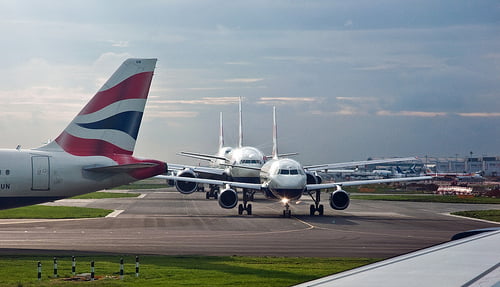 A debate has reared its head amongst government ministers over whether or not Heathrow should be expanded in order to home a third runway. The answer? No.

Expansion of an airport that is already the world’s third busiest would effectively undo all the good work being done to reduce carbon emissions in the UK, and would make it even more difficult for carbon reduction targets to be met.

David Cameron had been urged to withdraw the government’s opposition to such plans by a number of Conservative backbenchers, but the prime minister has since reiterated his disapproval towards hopes of expansion.

According to data from the Civil Aviation Authority, there were 591,263 domestic flights in 2011. That means a third of all air journeys could have realistically been made in some other form of transport – be it rail or road.

Friends of the Earth’s head of campaigns Andrew Pendleton agrees that expansion isn’t the way forward, and that transport priorities as a whole ought to be reviewed.

“The economic case for expansion has not been made”, he said.

“London already has more flights to the world’s top business centres than any of its European competitors.

“Ministers should prioritise better public transport and encourage people to use trains instead of environment-wrecking short-haul flights.”

Yesterday, Conservative MP Tim Yeo told BBC Radio 4’s Today Programme that Britain was “falling behind” in the aviation race. A reduction in the number of domestic flights would therefore go a long way to clawing back this apparent lost ground, simultaneously freeing capacity for international flights and eliminating the need for a third runway.

A plane needs the same amount of runway whether it’s flying to Beijing, New York or Edinburgh. The difference is; opting to travel to Edinburgh by train wouldn’t be unreasonable or impossible.

Yeo’s “man or mouse” threat to the prime minister in the Daily Telegraph yesterday should only prompt one reaction. David Cameron, a man, must reject any calls for expansion at Heathrow, and instead focus on reducing the UK’s emissions, finding cleaner ways of producing energy and fuel, and promoting the importance of public transport.