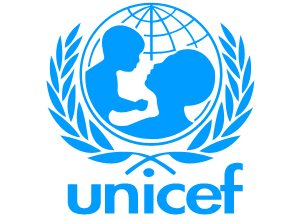 With just eight sleeps until the big day, Blue & Green Tomorrow is encouraging readers to think about donating even a small amount over the festive period to one of the many children’s charities doing exceptional work. First up, it’s UNICEF.

Working in 190 countries, its global revenue was just under $4 billion in 2012. The latest figures for the UK arm, from 2011, show that it raised £95m, including over £48m to help children in emergencies.

Its winter appeal for 2013/14 revolves around conflict-ridden Syria, where UNICEF estimates close to 6 million children have been affected by the ongoing unrest.

The campaign says, “[The Syrian children have] lost everything – family, friends and homes. And now they’re facing a new threat: winter is here. Syria’s children, already weakened by the crisis, desperately need warm clothes and blankets to protect them from the cold. They need our help to protect them from deadly diseases like pneumonia and keep them alive this winter.”

The video below, No Place Like Home, sees the likes of actors Ewan McGregor, Michael Sheen and Tom Hiddleston lend their support to the campaign. “Please open your eyes to the Syria crisis”, McGregor urges.

Text WARM to 70111 to donate £3 to UNICEF UK’s Syria Winter Appeal. You can also donate by credit card (including from outside the UK).  The UK government will match pound for pound any donation made to the appeal.